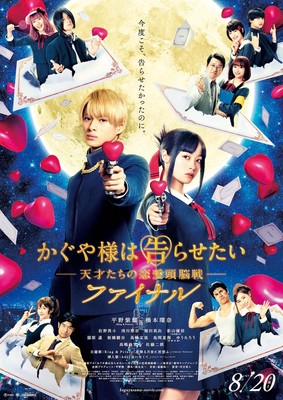 The sequel to the first live-action film of Aka Akasaka‘s Kaguya-sama: Love is War (Kaguya-sama wa Kokurasetai – Tensai-tachi no Renai Zunōsen) manga opened on August 20.

The film portrays the events of the original manga’s “Sports Festival and Cultural Festival” arc, focused on Yu Ishigami and Tsubame Koyasu. The arc was also portrayed in the second season of the anime.

The manga inspired a television anime that premiered in January 2019 and aired for 12 episodes. Aniplex of America streamed the series on Hulu, Crunchyroll, and FunimationNow. The company also released the anime on Blu-ray Disc in February 2020.

Kaguya-sama wa Kokurasetai – Tensai-tachi no Renai Zunōsen, the second season of the television anime, premiered in April 2020. Funimation streamed the anime as it aired in Japan. Funimation also dubbed both seasons of the anime.

The anime will get a third season. An original video anime (OVA) project shipped on May 19.

BELLE opened in Japan on July 16. The film has IMAX screenings in 38 theaters throughout Japan. This makes BELLE the first of Hosoda’s films to have IMAX screenings. GKIDS licensed the film for North America, and will release the film in English and in Japanese with English subtitles this winter.

Hosoda (The Girl Who Leapt Through Time, Summer Wars, The Boy and The Beast, Mirai) directed and scripted the film, and is also credited for the original work. The film marks Studio Chizu‘s 10th anniversary. Taisei Iwasaki (Blood Blockade Battlefront, Dragon Pilot: Hisone and Masotan, The Naked Director) is the film’s music director and composer.

In the story of My Hero Academia THE MOVIE: World Heroes’ Mission, a mysterious organization dedicated to the destruction of people with Quirks has issued a threat and set bombs all over the world. Pro Heroes and those in Hero Internships scramble to find the bombs. Deku, Bakugo, and Todoroki encounter Rody, a boy living in a mobile home in their designated area of Oseon, and end up working with him. 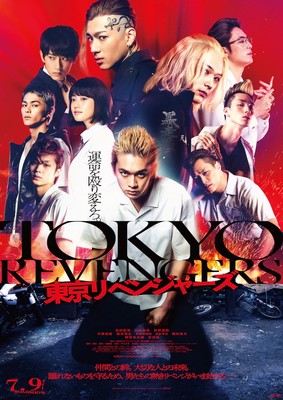 The film was slated to open in Japan last October, but was delayed to 2021 due to the effects of the spread of the new coronavirus disease (COVID-19) in Japan. The production halted filming in April 2020 due to COVID-19. The film opened on July 9. Tsutomu Hanabusa (live-action Kakegurui, Miseinen dakedo Kodomo ja Nai) directed the film. Rock band SUPER BEAVER performed the film’s theme song “Namae o Yobu yo” (I’ll Call Your Name).

Wakui launched the manga in Kodansha‘s Weekly Shōnen Magazine in March 2017. Kodansha Comics is publishing the manga digitally in English. The manga is also inspiring a television anime that premiered on April 10. 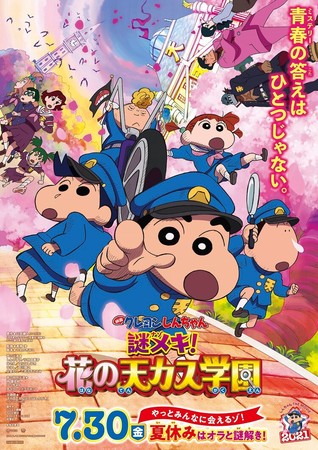 The film’s story begins with Shinnosuke and friends experiencing a one-week stay as part of the “defense force” of Tenkatōitsu Kasukabe Private Academy (nicknamed “Tenkasu”), an elite boarding school that is administrated by a state-of-the-art AI. But when Kazama is attacked, with his intelligence reduced, and strange bite marks left on his butt, the mood begins to change. The Kasukabe defense force joins forces with the school’s dropout student council president Chishio Atsuki to form a group of detectives and shed some light on the mystery.

The live-action film of Inio Asano‘s A Girl on the Shore (Umibe no Onna no Ko) manga debuted at #3 in the mini-theater ranking in its opening weekend. The film opened in Japan on August 20.