The official website for the six-part Girls und Panzer das Finale film series revealed on Friday that the third film’s Blu-ray Disc and DVD releases will include a new original video animation (OVA) titled “Daikon War!” The release will ship in Japan on December 24.

The site is streaming a promotional video for the new screenings. 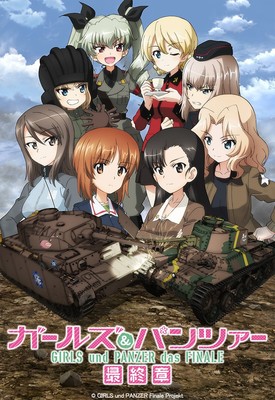 The third film opened in Japanese theaters on March 26.

The first Girls und Panzer das Finale film opened in Japan in 59 theaters in December 2017. The film features new characters from BC Freedom High School as they engage in a winter battle.

Japan to Extend State of Emergency to 8 More Prefectures - News