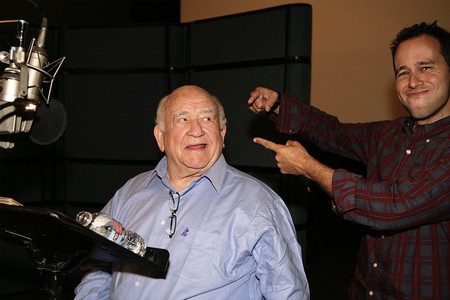 The family of actor and voice actor Ed Asner (Edward Asner) reported on Sunday that he passed away on Sunday morning. He was 91.

Asner was born in November 1929 in Kansas City, and his acting career started in theater.

Asner is the former president of the Screen Actors Guild, and he is best known for his role as Lou Grant in The Mary Tyler Moore Show and its spinoff show Lou Grant. Other roles include Santa Claus in Elf and more recently Sid Weinberg in Cobra Kai.

Asner is also the most-awarded male actor in Emmys history, having earned seven wins and 17 nominations. He won Emmys for his roles in The Mary Tyler Moore Show, Lou Grant, Rich Man, Poor Man, and Roots.

His most prominent voice acting role was playing protagonist Carl Fredericksen in Pixar’s Up CG film. His numerous other voice acting credits include: Ed Wuncler in The Boondocks, Roland Daggett in Batman: The Animated Series, Granny Goodness in various DC series such as Superman/Batman: Apocalypse and Superman: The Animated Series, and J. Jonah Jameson in the 1994 Spider-Man animated series.

Asner has a singular role in anime, where he played the role of Grandpa Ayanokoji in the 3×3 Eyes Seima Densetsu anime.

Asner was also an author, a trade unionist, a philanthropist, and a political activist.

Get G-Recked - This Week in Anime