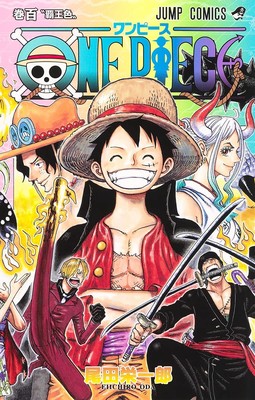 Oricon reported on Friday that the 100th compiled book volume of Eiichiro Oda‘s One Piece manga has sold 1.173 million print copies and ranked #1 on Oricon’s weekly comic chart for the August 30-September 5 week. The overall series has ranked 50 consecutive volumes at #1 since Oricon began posting the weekly comic chart in March 2008. It is the only work to release a #1 volume every year in the 14 years of the chart’s existence.

The first One Piece volume to rank on the chart was the 50th volume, which shipped on June 16, 2008. One Piece is the series with the most million-selling volumes in print since 2008, above Attack on Titan at second place with 34 volumes Naruto at third place with 31 volumes.

Oda published the 1,000th chapter in this year’s combined 5th/6th issue of Weekly Shonen Jump magazine on January 4. The manga has surpassed 490 million copies in circulation (not all sold) worldwide as of July. That includes over 400 million in Japan and 90 million in at least 57 countries and regions overseas.

“We Are One!” is a mini-series of five short drama videos that commemorated the 100th One Piece manga volume and the 1,000th One Piece anime episode. The mini-series premiered on August 30, with new episodes streamed daily until the final episode streamed on September 3.