Like the anime itself, the video present the viewer as the protagonist. The viewer’s childhood friend “Gekkō-san” knows the viewer is into ASMR, so she experiments with “cleaning” a dummy-head microphone’s ear. 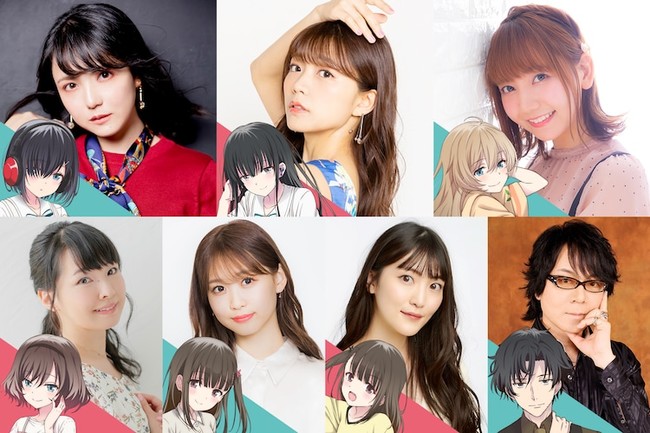 The show stars: (from left to right in top row and then in bottom row) 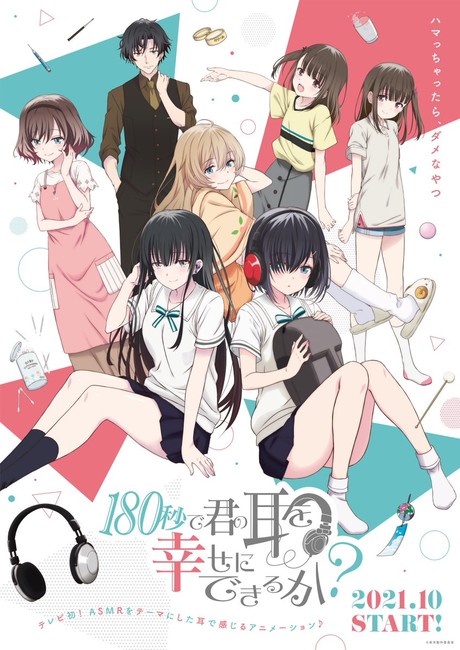 The story centers on Akari (nickname: Gekkō-san) who buys a dummy-head mic and enters the world of ASMR. As her childhood friend, “you” also start to learn about ASMR as well.

ASMR or Autonomous Sensory Meridian Response is the nerve-tingling or relaxing sensation one gets in response to stimuli such as certain sounds or sights. As the title indicates, the short anime will let viewers experience various forms of ASMR in 180 seconds. In the story, the heroine challenges her classmates to share in her hobby of recording ASMR works.

This anime is the first full series that Yoshinobu Kasai (Demon Lord, Retry! episode director) is directing, and INDIVISION and EKACHI EPILKA are producing the animation. Takayuki Noguchi (Angel’s 3Piece, Cinderella Nine, Girls Beyond the Wasteland, Higehiro) is designing the characters.

The Supersized Laughs of Love Live! Superstar!! - This Week in Anime