The newly announced cast includes (from left to right pictured below): Kenta Miyake as Danan, Aya Uchida as Theodora, and Rie Kugimiya as Tisse. 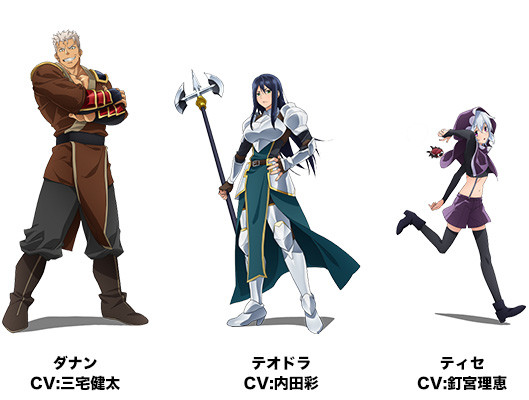 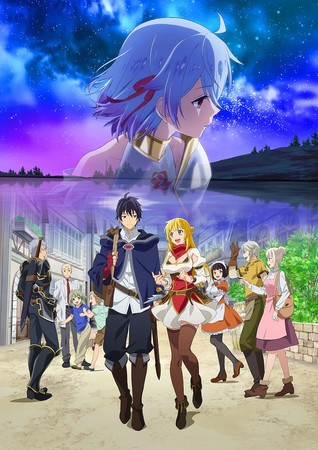 The cast members include:

The show’s staff have delayed the anime from July to October due to “various circumstances.”

Yen Press is publishing the light novels in English, and it describes the story:

Red was once a member of the Hero’s party, a powerful group destined to save the world from the evil forces of Taraxon, the Raging Demon Lord. That is, until one of his comrades kicked him out. Hoping to live the easy life on the frontier, Red’s new goal is to open an apothecary. However, keeping the secret of his former life may not be as simple as he thinks. Especially when the beautiful Rit, an adventurer from his past, shows up and asks to move in with him!

Zappon began serializing the story on the “Shōsetsuka ni Nārō” website in October 2017, where it is still continuing. Kadokawa began publishing the story in print with illustrations by Yasumo beginning with the first volume in June 2018. Masahiro Ikeno launched a manga adaptation of the novels in Kadokawa‘s Monthly Shōnen Ace magazine in May 2018. The franchise has over 1 million copies in circulation.