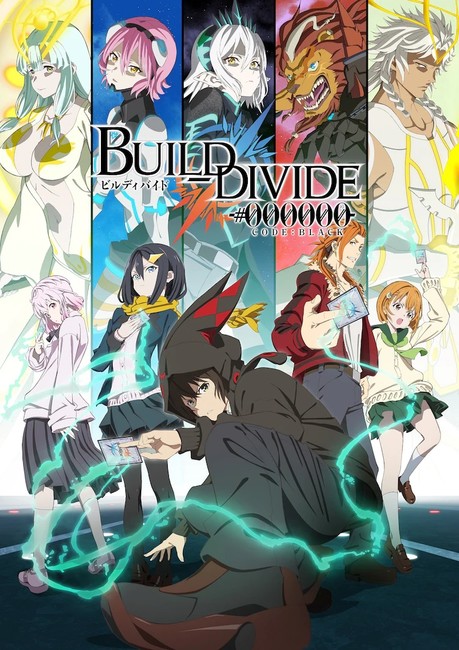 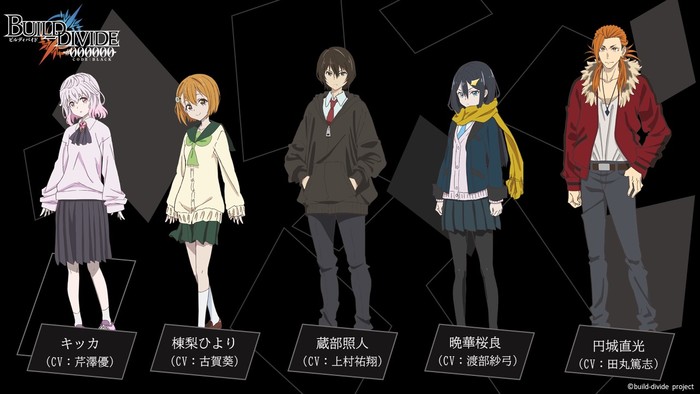 The cast includes (Note: Character name romanization not official):
(Left to right in image above) 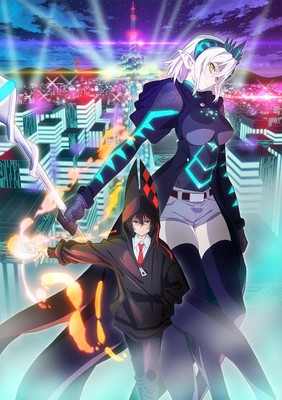 The first cours (quarter of a year) of the anime will premiere this October, with the card game also debuting in the same month. The second cours will premiere in April 2022.

The project is set in “New Kyoto,” where a new governing lord is decided through one’s skills at a card game. The anime will center around a boy and a “guard” that he can materialize.

Yuki Komada (Killing Bites, Blade of the Immortal 2019 episode director) is directing the anime at LIDEN FILMS, while Yoriko Tomita (As Miss Beelzebub Likes, Osamake: Romcom Where The Childhood Friend Won’t Lose) is in charge of the series scripts. Shinpei Tomooka (Inukami!, Sekirei, Trinity Seven) is designing the characters.

Kawamoto and Tōru Naomura‘s Kakegurui – Compulsive Gambler manga launched in Square Enix‘s Gangan Joker magazine in March 2014. Yen Press is releasing the manga in English. The manga inspired a television anime series that ran from July to September 2017 in Japan. The series premiered outside of Japan on Netflix in February 2018. The anime’s second season premiered in January 2019, and Netflix began streaming the series in June 2019. The manga also inspired a 10-episode live-action show that premiered in Japan in January 2018. Netflix is streaming the series outside of Japan. A second season premiered in March 2019, followed by a live-action film in May 2019. A sequel live-action film opened in Japan in May.