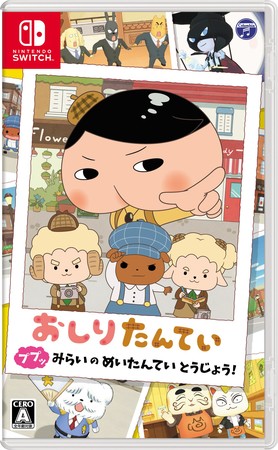 Original Oshiri Tantei children’s book author Troll will supervise the “puzzle-solving adventure” game, which will have a completely original story. Players will take the role of an apprentice assistant to the Butt Detective Agency, and will work with other characters from the franchise to solve difficult cases.

Eiga Oshiri Tantei: Sufūre-to no Himitsu (Butt Detective the Movie: The Secret of Sufūre Island), the latest film in the franchise, opened in Japan on August 13 as part of this year’s Toei Manga Matsuri omnibus project.

Poplar published Troll‘s first Oshiri Tantei picture book in Japan in 2012, and the series now has more than 9 million copies in print. The franchise has also inspired a stage musical.