The editors of Kadokawa‘s MF Books imprint announced on Sunday that Kurokata‘s Chiyu Mahō no Machigatta Tsukai-kata: Senjō o Kakeru Kaifuku Yōin (How Not to Use Healing Magic: Recovery Team Running Through the Battlefield) isekai fantasy light novel series is inspiring an anime. 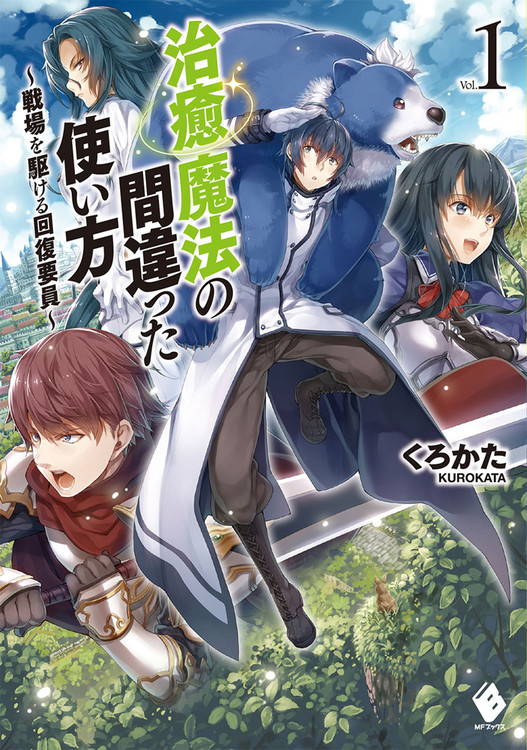 The “slapstick isekai fantasy with gags and battles” begins when ordinary high school student Usato happens to bump into student council president Suzune and classmate Kazuki on his way home. All three are suddenly swallowed up by a magic circle and transported to another world.

The trio are summoned as heroes to save a kingdom from a demon king’s army — but, only Suzune and Kazuki have what it takes to be heroes. Usato just happened to be dragged along for the ride.

However, things turn around when Usato is discovered to have the rare knowledge of a healing mage. He is abducted by a woman who identifies herself as Rose, the leader of the life-saving corps, and drafted into her ranks.

Kurokata launched the light novel series on the Shōsetsuka ni Narō website in March 2014, and MF Books imprint published the 12th print volume with illustrations by KeG on March 25, 2020. Reki Kyūgazan is adapting the story into a manga, and Kadokawa published the eighth volume on April 24.

KeG drew the following illustration to celebrate the anime news: 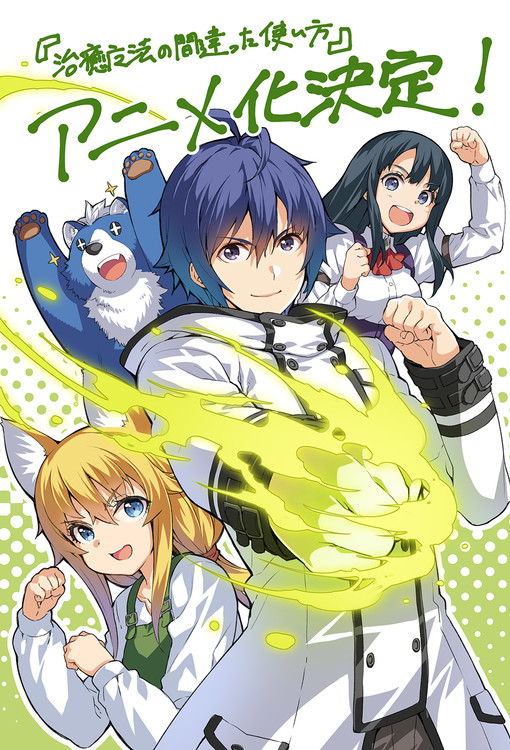