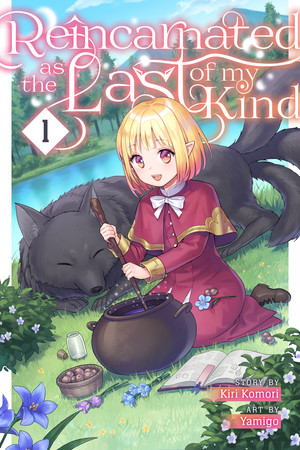 Cross Infinite World announced on Tuesday that is partnering with Podium Audio to produce, sell, and distribute audiobooks of light novel series. The companies’ first audiobooks will be for Kiri Komori and Yamigo‘s Reincarnated as the Last of My Kind (Tensei Shitara Zetsumetsu Sunzen no Kishōshuzoku Deshita.) and Kei Misawa and poporucha‘s Reset! The Imprisoned Princess Dreams of Another Chance! (Torawareta Ōjo wa Futatabi, Shiawase na Yume wo Miru) light novel series. The companies will also release audiobooks for a third series that they will announce at a later date. The audiobooks will be available on Audible and Amazon .

The first audiobook for Reincarnated as the Last of My Kind will debut on September 14, and the second will launch on November 16. Cassandra Morris and Graham Halstead will narrate the audiobooks.

A bicycle crashes into me one night, and the next thing I know, I’m a baby?!
Getting reincarnated in another world populated by humans, demi-humans, and mythical beasts
is certainly not the turn I thought my life was going to take. I especially didn’t expect to be
carried off by a wolf and given into the care of a one-armed former knight! Now I’m trying to
repay him by rebuilding the family inn and healing his arm with alchemy. But the more time
passes, the more it becomes clear to me that I’m not actually human…

Komori launched the novel series on the Shōsetsuka ni Narō website in October 2018 and ended the series in May 2019. 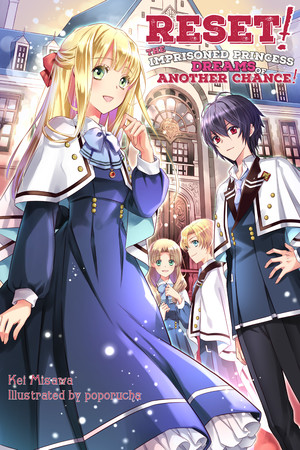 The first audiobook for Reset! The Imprisoned Princess Dreams of Another Chance! will debut on October 12. Sura Siu will narrate the series.

Can Magic Change Her Future?
Days before her marriage to the king of the neighboring Sunruta Kingdom, Princess Annabel of Najir is abruptly betrayed by her fiancé and thrown into prison with her magic knight under suspicion of being a spy. After being held captive for months and informed her kingdom is no more, Annabel passes out in a burst of destructive magic, only to awaken as her twelve-year-old self, six years before her political marriage. Armed with knowledge of the dark future to come, she now has another chance to bring about a new fate.
This is the story of Princess Annabel’s second chance at life, and her drive to stop the destruction of her kingdom.

The light novel series debuted on the Shōsetsuka ni Narō website in November 2019.