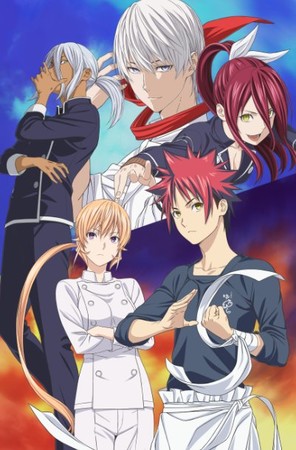 Tsukuda and Saeki launched the manga in Weekly Shonen Jump in 2012, and ended the series after a three-chapter epilogue in August 2019. Chef Yuki Morisaki is credited for cooperation for the manga. Viz Media released chapters of the manga weekly in English on its app and website, and also releases the manga’s compiled book volumes in English. Shueisha also published the manga digitally in English on its MANGA Plus service.