The official website for the Demon Slayer: Kimetsu no Yaiba anime announced on Monday that five special compilations of the anime’s first season with new footage will air on five separate nights on Fuji TV at 7:00 p.m. JST. The Asakusa Arc and Tsuzumi Mansion Arc specials will broadcast for the first time with new eyecatches, end credits scenes, next episode previews, and new key visuals. The Sibling’s Bond, Mt. Natagumo Arc, and The Hashira Meeting/Butterfly Mansion Arc specials will feature a trailer for a new ufotable work

The specials will air on the following days: 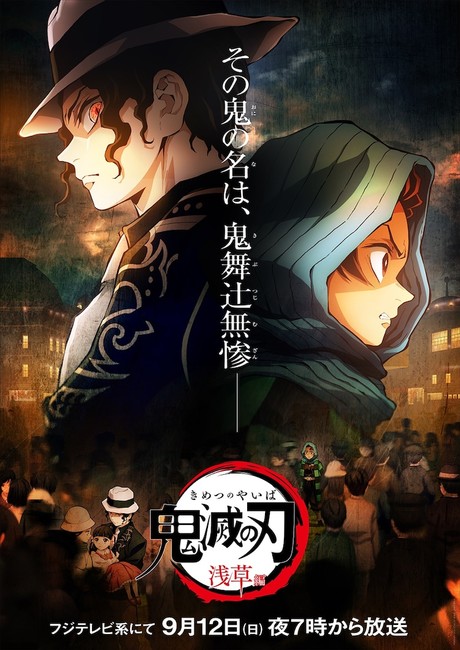 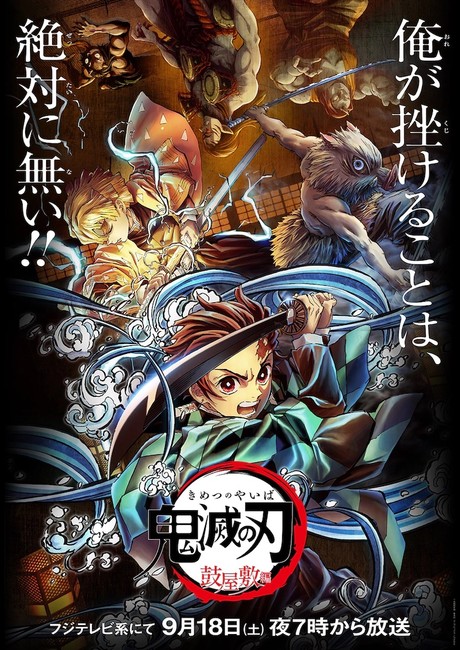 A navigation video for the broadcasts will air after The Sibling’s Bond special.

The specials’ broadcast will lead up to the television broadcast premiere of the Demon Slayer – Kimetsu no Yaiba – The Movie: Mugen Train anime film on September 25 at 9:00 p.m. JST on Fuji TV.

Three of the recompilation specials premiered with new footage in October and December 2020 in Japan. Sibling’s Bond special opened in Japanese theaters in a limited screening run in March 2019, one month before the television anime’s premiere. Sibling’s Bond also aired on Fuji TV in October 2020, with the Mt. Natagumo Arc special airing later that month. The Hashira Meeting Arc special aired in Japan in December 2020.

Funimation streamed the specials in Japanese with English subtitles and with an English dub.

In 45 countries and territories worldwide, Mugen Train sold a total of 41.35 million tickets to earn the equivalent of 51.7 billion yen (about US$475 million) as of May 23. The film was the highest-earning film worldwide from 2020. It is the first non-Hollywood or non-American film to top the yearly box office worldwide since the beginning of cinema over a century ago. The film is now the #2 highest-earning anime film ever at the U.S. box office.

Gotouge launched the manga in Shueisha‘s Weekly Shonen Jump magazine in February 2016. The manga ended in May 2020. Shueisha published the manga’s 23rd and final compiled book volume in December 2020. Viz Media is publishing the manga in English.