As of Wednesday, the Adobe Fonts service had added two popular Japanese calligraphy fonts used in the Demon Slayer: Kimetsu no Yaiba anime: Kokuryu-sоu and Shinryu-sоu.

The Kokuryu-sоu font was used when introducing the character of Shinobu Kochо, as shown below: 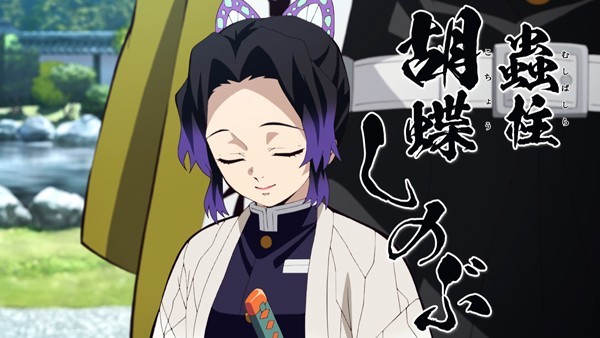 Adobe Fonts describes the fonts in English as follows:

Kokuryu is a brush-script display typeface designed to evoke the image of a male dragon wildly flying in a sky filled with dark clouds. Heavy and light strokes formed with the contrast of fast and slow stroke motions bring to mind the dynamics of the dragon’s raging emotion. Kokuryu’s letter shapes are not constrained by the square type body and its dynamically drawn letter shapes may look imbalanced, but when composed into words, they produce a strong and well-harmonized image.

The Kokuryu-sou in Adobe Fonts is a version of Kokuryu with fewer blurred strokes, which reduces the data size. It will be useful for letter cutting and animation or video clips.

Shinryu is a brush-script typeface designed with the image of a gentle male dragon speaking to us. Its thin strokes make it possible to give a tender image, while it looks dignified when used for texts.

The Kokuryu-sou in Adobe Fonts is a version of Kokuryu with fewer blurred strokes, which reduces the data size. It will be useful for letter cutting and animation or video clips.

The fonts were produced by the Kagoshima-based font production and distribution company Shо̄wa Shotai. The company’s fonts are also used for a variety of food and drink products like onigiri and sake, as well as for entertainment works like the video game Dynasty Warriors 6 and the television drama Rikuо̄.

The new additions to Adobe Fonts are part of a new lineup of Japanese fonts for the service, which includes “Higumin,” the first Adobe-original Japanese font in three years. According to the Adobe Blog, the service now has over 20,000 fonts. The full list of available Japanese fonts can be accessed via the Adobe Creative Cloud.