As part of the upcoming collaboration between Universal Studios Japan and the Demon Slayer: Kimetsu no Yaiba series, a themed pop-up restaurant, Wisteria Restaurant, will be arriving at the SAIDO Restaurant in the New York area of the park. The restaurant’s décor will include life-sized figures of Demon Slayer Corps Pillars Giyū Tomioka and Shinobu Kochō. 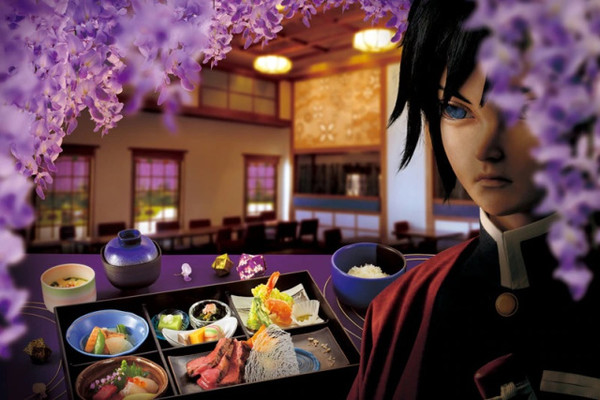 The Giyu and Shinobu figures are made using Clone-oid technology, which is described as “the world’s most advanced human recreation technology”. Clone-oid attractions have featured prominently in past Universal Studio Japan collaborations, such as the Haikyu!! and Attack On Titan collabs. The following pictures give an idea of the detail achieved in Clone-oid figures. Additionally, the restaurant will offer a special menu full of set meals and dishes inspired by the Pillars of the Demon Slayer Corps. Below are some highlights: The Blue Set: A set meal inspired by Water Pillar Giyū Tomioka, master of the “water breathing” style. The set includes a small bowl of Giyu’s favorite dish, salmon radish. The elements of the set are arranged to replicate the water-like qualities of his sword strokes. Modern Sushi Set: A set meal inspired by Sound Pillar Tengen Uzui. It features a variety of brightly-colored handmade sushi to match Uzui’s flair for the flamboyant. His favorite dish, fugu tataki (blowfish), is served with plum sauce, resembling the patterns around his eyes. Finally, as the star of the record-breaking Demon Slayer – Kimetsu no Yaiba – The Movie: Mugen Train film, the Flame Pillar Kyōjurō Rengoku gets no less than three dishes dedicated to him, though you’ll have to go over to the park’s Studio Stars Restaurant to sample them. 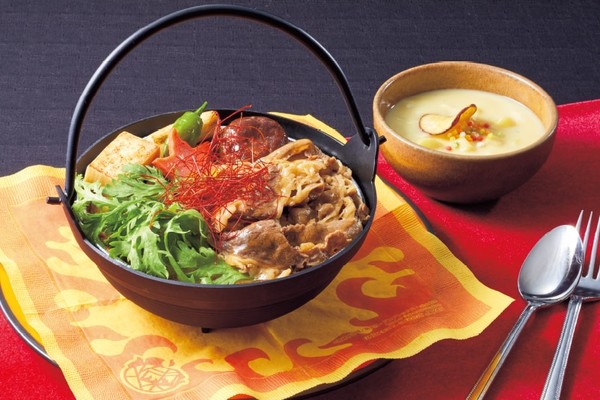 The collaboration will be held from September 17 to February 13, 2022.