Director Takashi Watanabe: At Least One Studio Lockdown Due to COVID Outbreak – Interest 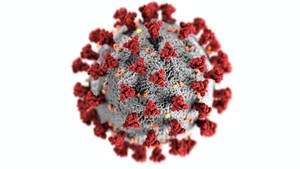 How a Realist Hero Rebuilt the Kingdom director Takashi Watanabe wrote on Twitter last Tuesday that at least one animation studio has gone on lockdown due to a COVID cluster. Watanabe stated that there was an “implicit gag order” but he had heard about the studio closure. Watanabe added that he thought the information should have been made available and that it’s “dangerous waters” to not disclose the outbreak. Watanabe himself doesn’t know if he’s been exposed to the virus due to contact with the studio’s employees.

Watanabe said that although he understood that it was not up to production assistants and the production desk-level workers to decide, he questioned why the animation industry is continuing despite the pandemic.

“Will they not understand unless animation workers start dying one after another? Or is it the workers’ responsibilities because they’re often freelancers? Is the company itself not responsible?”

Animator “Nyonnyon” wrote on Wednesday that they aren’t sure if it’s a cluster, but that they had heard stories of employees who tested positive for COVID and of studios going on lockdown. According to Nyonnyon, they know of at least five companies where this has happened.

Takashi Watanabe is currently directing How a Realist Hero Rebuilt the Kingdom at J.C. Staff and is the assistant director of The Honor Student at Magic High School at CONNECT.