Episode 10 – The Case Study of Vanitas 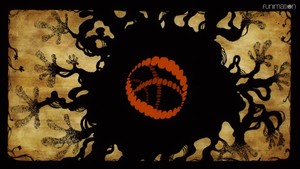 I think Noé got it right at the end of this week’s episode: the person who most desperately wants and needs to be saved is Vanitas himself. Similarly, when Vanitas says that he’s exhausted, he’s not just talking about the whole adventure with Dr. Moreau and Roland beneath the streets of Paris; he’s speaking of a different, much deeper sort of tired – the lifelong kind, where he’s tired of fighting the same, eternal battles over and over again, the battles he began fighting years ago when he wasn’t Vanitas, but #69 of Dr. Moreau’s experiments.

Why Dr. Moreau picked up Vanitas and used him isn’t clear. We know that he was subjected to what can only be described as torture in the not-so-good doctor’s quest for a way to become a vampire – which, incidentally, is the first truly solid statement we’ve gotten about the fact that vampires in the story’s world must be born and that humans can’t be “turned.” But does that mean that Vanitas was a human child, presumably one of the orphans of 19th-century Paris who were treated as disposable? Or is the implication that he was a vampire child somehow altered by Dr. Moreau? Either would make a case for why Vanitas is so invested in saving vampires now, because he was on the receiving end of some horrible experiments and presumably witnessed the same being performed on vampires as a prisoner of the doctor’s lab.

He also suffers from some form of guilt, possibly survivors’, as a result of whatever happened to #71, another child in Dr. Moreau’s “care.” It looks as if the other boy was younger than Vanitas, and his shock of white hair may indicate that Noé was at one point that child, although that doesn’t feel quite right even if it also isn’t contradicted by what we already know of his past. There’s definitely an implication that #71 stuck with their rescuer while Vanitas did not, but something about the situation seems to haunt Vanitas now, and that’s probably one of the most important pieces of the puzzle that we get. He’s saving vampires because of what Moreau did, but there may be a more personal motive as well, a tribute to someone he escaped with and then lost track of or deliberately distanced himself from. If that person isn’t Noé himself, the fact that they may look a bit like each other almost certainly factors into Vanitas’ attachment to the young vampire.

That it is attachment (friendly, romantic, or however you want to see it) feels definite now. Previous to this episode, Vanitas’ treatment of Noé could have gone in the direction of either using him for his own ends or actually liking him. When he collapses against Noé’s back after their escape, it becomes clear that however it may have begun, there’s real trust now – something we saw when Vanitas agreed to the suggestion that they jump into the Shadow’s mouth to try and fight it. He didn’t think it would actually work, but he was willing to go along with Noé not because he couldn’t think of anything else, but because he trusts his judgement enough to risk his life on it. That’s what Roland recognizes in their relationship, and I think that’s largely what convinces him that vampires can be good people rather than monsters – after all, he was so pleased to see Vanitas that if his friend trusts a vampire, then maybe he can trust them too. It’s a train of thought that’s bound to get Roland in trouble with the church (or at least Olivier), but it’s also one that could make him a very important ally.

The danger is that Roland might not be high enough up in the organization to be aware that Ruthven isn’t necessarily on Noé and Vanitas’ side. If you know his source material – as the villain of John Polidori’s The Vampyr – then this really isn’t a surprise revelation, kind of like how it’s less than shocking that Dr. Moreau is trying to create a superior race of humans if you’re familiar with Wells’ novel. But it is really bad news for our protagonists and their allies, news that stands to hurt Jeanne, Luca, and Domi very badly in an alarmingly real and possibly deadly way. I don’t doubt that Domi, and maybe even Jeanne, would turn against Ruthven for Noé and Vanitas. But the repercussions are almost certainly going to be ugly – for all of them.

My Next Life as a Villainess: All Routes Lead to Doom! Game Recasts Tatsuhisa Suzuki in Bonus Drama CDs - News