Home » Episode 20 – To Your Eternity
Anime

Episode 20 – To Your Eternity 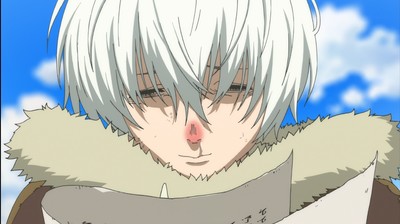 Just a week ago, if you’d asked me for a forecast of how good To Your Eternity‘s finale was going to be, I would have had a hard time providing a solid answer. Though the Jananda Island arc was by no means a complete disaster, Fushi’s scattered and inconsistent adventure with Tonari and the other islanders was easily the weakest storyline of the series, and you can hardly blame a guy for wondering if and how To Your Eternity could recover all that much in the span of just a single episode. Having just finished “Echoes”, though, I cannot tell you how happy I am to have my skepticism well and truly squashed. This wasn’t just an amazing finale; it was one of the single best episodes that To Your Eternity has yet produced, period.

We have Pioran to thank for that. There are a lot of issues we could find to pick apart from the Jananda Island episodes, but one I failed to properly consider at the time was how much the show suffered on account of Fushi and Pioran being separated for so long. In fact, “Echoes” made it clear that I haven’t been giving the old woman her due credit for some time now, as only in Pioran’s final moments did I recognize what a remarkable character she has become for this story. I originally thought she’d be a one-off side character for March and Parona’s arc, and then I was pleasantly surprised to see her carried over into Gugu story; now, at the end of the season, “Echoes” makes the bold (and perfect) choice to circle back around and focus entirely on Pioran and Fushi’s bond, and the surprising places that Pioran’s inevitable death ends up taking both characters.

I get why author Yoshitoki Ōima would have wanted to isolate Fushi from his emotional safety net for so long on Jananda, and I think the story probably works a lot better on the whole when the anime’s unreliable production values aren’t undercutting the emotion and atmosphere of any given scene. Still, it is impossible to overstate just how much more engaging and impactful it is to watch Fushi slowly make his way back to Pioran’s side, and to become her boon companion as she comes to the terminal stages of her life. The animation and direction are back in top form, for one thing, and the way the visuals work together with the music certainly elevates the whole show, but there’s more to it than that. Pioran and Fushi just love each so goddamn much, you know? That’s the kind of magic you can’t force into being, no matter how many death tournaments and homicidal yandere murder-priestesses that you toss around.

I won’t lie: I started to get a sinking feeling in my stomach when I realized that “Echoes” wasn’t going to be content simply with letting Fushi and Pioran spend their time together on Sarlnine in peace. Dementia is an illness that has always shaken me in a way that hits harder than the other tragic illnesses that get exploited for pathos and shock value in stories. While I have had some personal experience with relatives that suffer from it, my phobia of dementia isn’t even born from painful personal encounters with it, so much as it is from how utterly terrifying it is to even hypothetically consider what it would be like to watch the memories and personality of a loved one get ripped away, day after day. Or for it to happen to me. So, when Pioran started to succumb to the uncontrollable tantrums, amnesiac episodes, and physical deterioration that typifies end-stage dementia, I was worried that To Your Eternity was going to break too much of my heart with its last blow.

Thankfully, the show doesn’t linger on the worst moments, and it doesn’t fetishize Fushi’s pain and confusion. This is simply another stage of life that Fushi had to experience, eventually; another set of stimuli to absorb and take along with him as the endless years continue to pass by. I was never too bothered by the idea that Fushi would end up outliving all of his human companions, since that’s kind of baked right into the show’s premise, but I was getting worried that To Your Eternity was getting too comfortable in only relying upon a few different methods of have Fushi and his friends part ways. Unlike with The Boy, or March, or Parona, or Gugu, we can at least rest easy in known that Pioran’s was a fulfilling life.

She doesn’t just get the dignity of dying on her own terms, either. At the very end, lucid and proud, she also becomes the only companion so far who has fully transcended the cycle of death and absorption that Fushi’s other allies have been bound to. Instead of becoming just another form for Fushi to assume, Pioran directly asks The Beholder to be cut out of the path to paradise completely, so she can be reborn to this world in a form that can be truly “useful” to Fushi. Surprisingly, The Beholder agrees, defying his usual mode of complete detachment from human affairs to transmute Pioran’s soul into the same kind of Orb that Fushi sprang from. For a moment, we see her as the beautiful young woman that she was, once, and that she wished to be again just before she died.

How perfectly lovely is that? Instead of enjoying her much deserved rest in whatever afterlife this universe contains, Pioran is choosing to risk the same eternal path of wandering and fighting that Fushi must also walk, all so that she can continue to be by the side her “grandson”, and help him the same way he helped her. It’s this kind of tale that has renewed my love for this anime, and makes me impossibly excited to see what comes next when the show (hopefully) returns next year. Fushi will certainly be older and wiser after decades of fending off his Nokker enemies, and “Echoes” very strongly hints that Hayase is still out there somewhere too. More than that, though, I want Fushi to be reunited with his dear friend, in some form, so that he can know, once and for all that he will never truly alone, no matter how long he might last on this earth.