Home » Episode 4 – The Fruit of Evolution: Before I Knew It, My Life Had It Made
Anime

Episode 4 – The Fruit of Evolution: Before I Knew It, My Life Had It Made 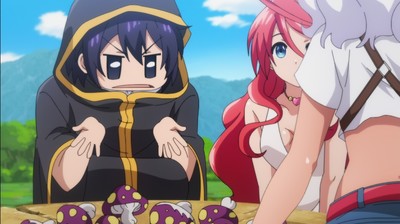 In addition to subjecting myself to anime that produce the kinds of viscerally stomach-churning reactions that would make any advocate of the Geneva Conventions furrow their brows in suspicion, I also work as a teacher, and let me tell you, there are few things we dread more than having to proctor standardized tests. Anyone who grew up here in the good ol’ U.S. of A is probably suffering from some involuntary spasms of dreadful nostalgia just seeing the words “standardized test” written out like that, but if it is any condolence to you, the teachers might have an even worse time of it. At least the test takers have something to do, laborious as their tasks may be. For the poor sods responsible for making sure that nobody cheats or disrupts the other test takers or scratches their nose in an academically dubious manner, we just have to stand there. Stand, and watch.

We cannot read, or draw, or scribble down notes, or engage in any behavior that could distract even one percent of our attention away from the depressed and exhausted children whose entire history as learners and creators is being condensed into a handful of agonizingly quiet and boring hours, where the only thing they can do is sit and read, and occasionally fill in a bubble with a wooden #2 pencil. The proctors, meanwhile, must stand, and walk in an orderly line, back and forth. They must silently listen to the incessant scratching of graphite against cardstock, as their eyes shift focus between dozens of anonymous paper slips and the sterile walls that have locked all of them in there against their will. Seconds go by. Minutes. Hours. Nothing changes. Nothing becomes, or unbecomes. There are only the white walls, and the little bubbles etched in by graphite nubs, and the occasional sigh of a poor kid who is realizing, perhaps for the first time, that his time on this Earth is finite, and that he has spent some of his most precious minutes of life doing…this.

For people like me, whose ADHD-addled brains will literally short circuit when deprived of novel stimulation, this is an exercise in mundanity that transcends mere boredom and approaches a state that is much more akin to what Dante observed when Virgil guided him down through the cavernous pits of Hell. At the wretched gates of that Eternal Damnation, there hung a sign, engraved upon which was a warning and promise both for whichever trembling hearts might happen upon that dark and solemn path:

Anyways, The Fruit of Evolution is an anime that exists, and this week, I watched a new episode of it. For some reason, it got me thinking a lot about proctoring standardized tests. I’m not sure why, other than there was the vague unifying concept of “testing” that tied the events of the episode together. In the beginning, Artoria trains Seiichi and Saria to become adventurers by challenging them to pick some herbs. The “joke” of this scene is that Seiichi is so overpowered that he can only find really rare herbs, instead of the shallots that Artoria requested, which results in a bunch of screaming and poorly drawn slapstick.

This, obviously, leads to Seiichi randomly encountering a trio of doofy-looking ogres in the woods, and apparently, they’re on orders to take Seiichi down. But—and pay close attention, because there is some subtle humor going on right here—it turns out that the ogres are imbeciles, and thus, much screaming and poorly drawn slapstick ensues. All of that is barely relevant, of course, because what really matters is the vast, empty field that Artoria wants to train in some more, except her test doesn’t amount to anything at all either, since the trio get suddenly warped into an underground labyrinth filled with traps and monsters. Naturally, in this deep, dark dungeon, a whole lot of screaming and poorly-drawn slap…

“Forget your hope of ever seeing Heaven:/I come to lead you to the other shore,/to the eternal dark, to fire and frost.”

Hm? Sorry, I seemed to have drifted off for a moment, there. What horrible dreams…white rooms and graphite bubbles…and all of the unceasing tedium…where was I? Oh, right: “Screaming and poorly-drawn slapstick.” So we’re in this dungeon, right, and Seiichi is screaming a lot about Artoria, and Saria is screaming some too, and…there’s a big chonky dragon that’s pretty evil…and then the closest thing we get to another “joke” is an incredibly unfunny bit about a sentient treasure chest (a mimic?) that dies immediately after trying to fight our Perfect Hero Guy Seiichi, but we learn that he had some sort of tragic backstory on account of…RPG games replacing treasure chests with item boxes? Is that even a thing?

It’s just so hard to discern what is supposed to be funny (yet falls completely flat) and what is supposed to be taken seriously as world-building and character development (yet so incompetently executed) here. It is difficult to review an episode like “Black Dragon God’s Dungeon” because every iota of value that this story has is represented right there in the title. There is a Black Dragon God, he has a dungeon, and our characters run around in it for a while. Seiichi and Saria subject us to more awful “jokes”, and occasionally the show tries to convince us that Artoria’s dramatic hang-ups ought to be taken seriously. It tries, and it fails.

So, what is left there for me to dissect? There’s nothing nearly so absurd and reality-altering as the hot gorilla-wife tonsil hockey from a couple episodes back, which firmly destroys any possibility of the show being “so bad that it’s good”. Instead, it’s just “so bad that it is excruciatingly boring.” Do you even need me to break down why the art is just as terrible as the writing? I could rant about how one of the ogre demons has a completely different face every time we see him, and that it is really distracting since there’s no evidence to indicate it’s being done on purpose. I could rave about how hideous and inhuman all of the characters’ bodies look in 80% of the shots. I could scream about how the show can’t even keep the heights of its characters even remotely consistent for more than two shots, which drives me increasingly insane with each passing episode…

Except that would make it sound like The Fruit of Evolution is far more entertaining than it actually is, when the sad truth is that it’s just so goddamned boring. So much so that…it reminds me of a dream…a half forgotten nightmare than I can almost just remember…white walls, and sullen shoulders, and the smell of worn down pencil shavings…so much standing…so much staring…”you may not go back to previous sections of the test”…”do not move forward to the next session until I tell you to do so”…seconds…hours…and then…

“In truth I found myself upon the brink/of an abyss, the melancholy valley/containing thundering, unending wailings.//That valley, dark and deep and filled with mist,/is such that, though I gazed into its pit,/I was unable to discern a thing.”

Except I could discern something, couldn’t I?

Peering over the shoulder of that sullen child, as his black quill scratched his horrible work onto the page of his tome, I saw not a standardized test, but the visage of a dark and screeching devil. 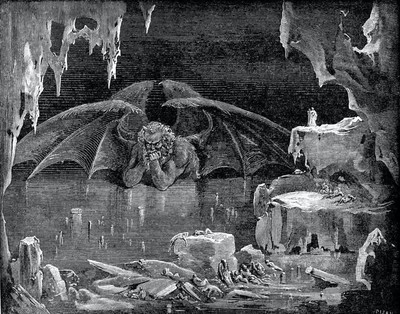 The Fruit of Evolution: Before I Knew It, My Life Had It Made is currently streaming on
Crunchyroll.

Patrick Imbert, Director of The Summit of the Gods