The first nine episodes will stream for a limited time on multiple services in Japan from October 29 to December 31. 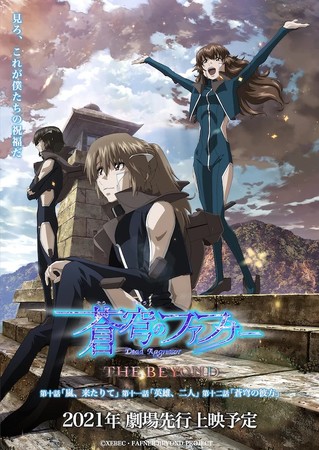 Many of the main staff members returned for this project, although Michie Suzuki took over as art director, and Takuma Morooka is the new director of photography. Takashi Noto (chief director for both seasons of Fafner EXODUS and the Fafner: Heaven and Earth film) is the director, and Tow Ubukata and Hisashi Hirai returned as scriptwriter and character designer, respectively. Gou Nakanishi is the executive producer. XEBEC zwei is animating the production. Tsuneyoshi Saito returned to compose the music, and the duo angela returned to perform opening theme song “Sakebe” (Shout!).

Funimation licensed and released the original 2004 anime Fafner and the 2010 film Sōkyū no Fafner: Dead Aggressor: Heaven and Earth. Crunchyroll streamed both halves of the Fafner EXODUS sequel series in various countries as they aired in 2015.