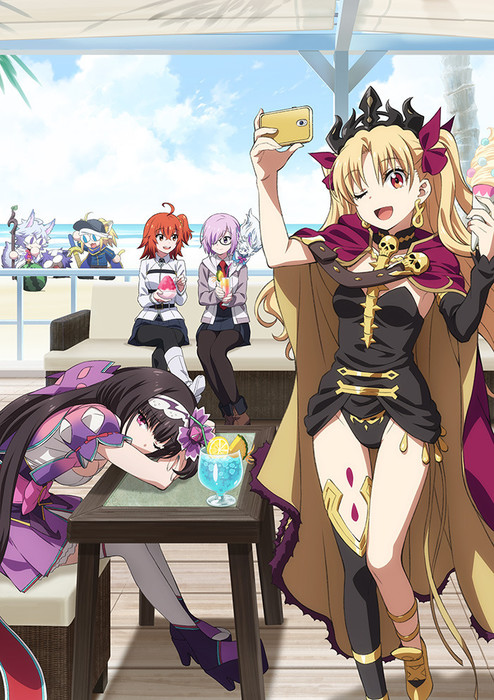 As Carnival Phantasm parodied Tsukihime and Fate/stay night characters, Fate/Grand Carnival parodies many of the character relationships and stories from Fate/Grand Order.

Akira Sekine is playing Ritsuka Fujimaru. Most of the other cast members are reprising their roles from the various Fate/Grand Order and Fate projects:

Many of the staff members also worked on the similar Carnival Phantasm project:

In addition, Ayumi Miyakoshi is directing the art, and Mio Takekawa is the color key artist. Tomoyuki Kunii is the compositing director of photography.