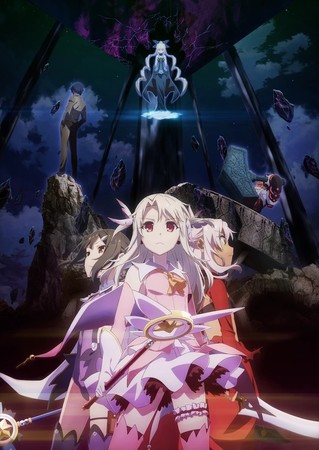 The film opened in Japan on Friday. Minami Kuribayashi performs the theme song “Just the truth.”

Sentai Filmworks has licensed the film, and plans to release it on home video and on select digital outlets. The company describes the film:

Originally developed as an alternate universe to mega hit series Fate/stay night, Fate/kaleid liner Prisma Illya now stands on its own as a bona fide hit and fan-favorite franchise. In the latest feature film installment, its most beloved characters face completely unexpected situations! The Ainsworth family aims to save the world, but the price is sacrifice of magical girl Miyu — but Miyu’s brother, Shirou, won’t let them have her without a fight. Now it’s up to Illya to step in and find a solution that will save not only Miyu, but the entire world.

Gekijōban Fate/kaleid liner Prisma Illya: Sekka no Chikai, the first anime film in the franchise, opened in Japan in August 2017.