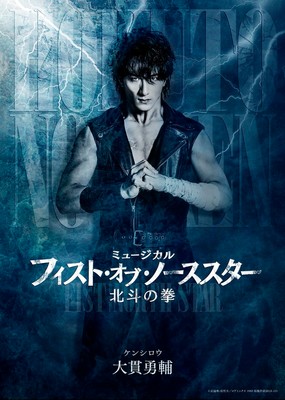 The stage musical is a co-production of HoriPro, Hakuhodo DY Media Partners, and the Shanghai-based theatre performance company Ranspace, in collaboration with Coamix. Frank Wildhorn (Jekyll & Hyde, Whitney Houston’s “Where Do Broken Hearts Go,” Death Note: The Musical) scored the music, and Sachiko Ishimaru is directing. Ako Takahashi wrote the book and lyrics, while Jasmine Chiu handled the choreography. 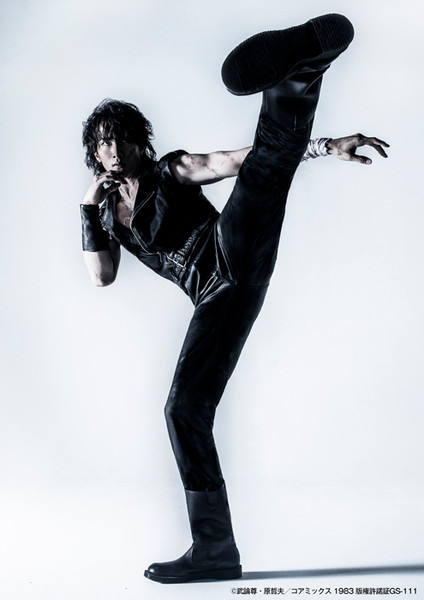 The rest of the cast includes Kazuki Katō and Ryūnosuke Ono as Kenshirō’s older brother Toki, Tatsuya Kawaguchi as the brothers’ mentor Ryūken, Takuya Uehara and Kantai Ueda as Kenshirō’s nemesis Shin, and Kanata Irei and Rio Uehara alternating as Rei and Juuza.

The production will hold its world premiere at Tokyo’s Nissay Theatre in December, before playing in other regions of Japan next January and going on tour in China next year. Tickets will go on sale this fall. 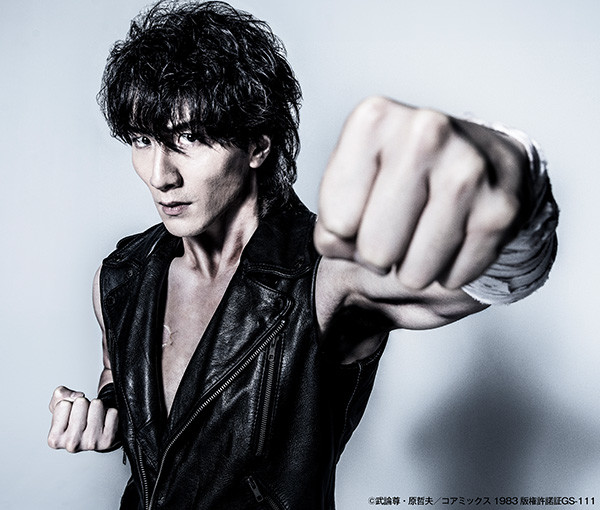 The original manga’s story is set in a post-apocalyptic world. The story centers on a man named Kenshiro, a master and successor to a deadly martial art, as he wanders the nuclear wasteland protecting the weak and innocent from violent thugs. In his travels, he must contend with other master martial artists and figures from his past, including his “brother” Raoh, who has crowned himself the king of the new world.

The manga previously inspired the Hokuto no Ken – Seikimatsu Zako Densetsu (Fist of the North Star – End of the Century Legend of a Random Thug) stage production in September 2017.