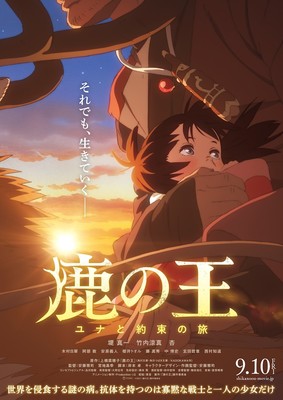 The festival’s staff had stated that its 25th iteration would feature an “enhanced focus on Japanese cinema … In celebration of the key role that Japan’s culture has played across Fantasia’s history.”

The Deer King and Fire Craft were nominated in the Feature Film Category and Short Film Category, respectively, of the festival’s Satoshi Kon Award for Achievement in Animation.

The festival screened the following anime films, all of which were North American premieres: 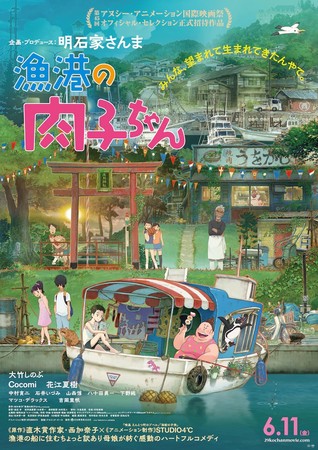 Fortune Favors Lady Nikuko, Studio 4°C‘s anime film of Kanako Nishi‘s Gyokō no Nikuko-chan (Nikuko of the Fishing Harbor) novel opened on June 11. The film will compete in the Ottawa International Animation Festival (OIAF), which will take place from September 22 to October 3.

Shika no Ō: Yuna to Yakusoku no Tabi (The Deer King: The Promised Journey With Yuna), the anime film of Nahoko Uehashi‘s Shika no Ō (The Deer King) medical fantasy novel series was previously slated to open in Japan on September 18, 2020, but it will now open on September 10 this year. Anime Limited plans to release the film in cinemas in the United Kingdom in 2021 if the new coronavirus disease (COVID-19) situation permits. GKIDS will theatrically screen the film with both English subtitles and an English dub in North America in early 2022. screened in June in competition at this year’s Annecy International Animation Film Festival.

Episode 10 - Higurashi: When They Cry – SOTSU