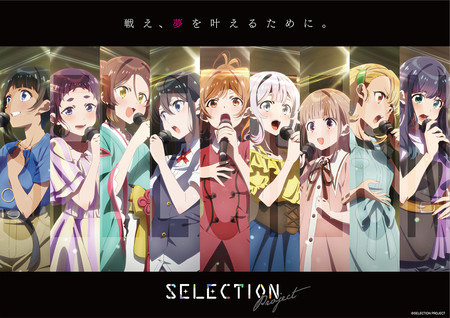 The anime will premiere in Japan in October. The cast includes: 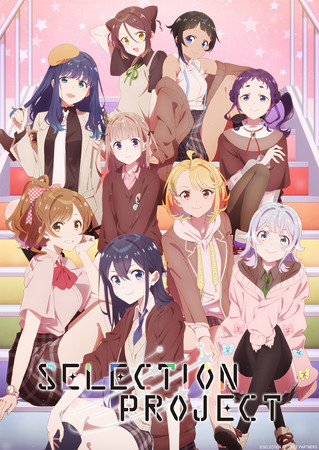 The multimedia project centers around the seventh annual “Selection Project,” a national idol reality show that is held every summer. The Selection Project is the top gateway for girls who want to become idols, and the project follows the nine girls who have won regional qualifying rounds. The audience’s votes determine which girls win or lose in the “audition battle.”

Suzune Miyama wishes to be an idol like Akari Amazawa, an idol who got her start through the Selection Project reality show. Suzune had been stricken with illness since she was little, but she listened to Akari’s music often in her hospital room. Akari’s voice gave Suzune smiles and courage, which encouraged Suzune to want to inspire others in the same way. In her last summer of junior high, Suzune decides to enter the seventh Selection Project to make her dreams come true.

Kо̄ji Azuma launched a new manga for the project on Square Enix‘s Manga Up! app on July 11. The manga’s story centers on Akari Amazawa, the first idol to get her start through the Selection Project reality show. The Sele Pro-chan! four-panel manga launched on the official website and Twitter account on April 19. Mokeo is drawing the manga.

Story of Seasons: Friends of Mineral Town Game Launches in Japan for Xbox One on October 27, for PS4 on November 25 - News