Episodes will be available for free from September 2-November 30 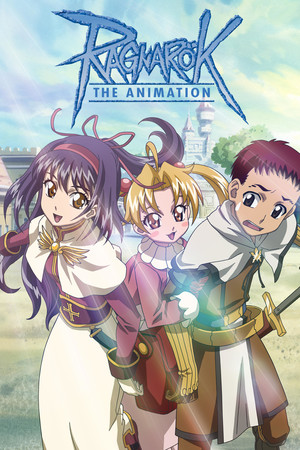 Funimation announced on Thursday that it and Gonzo are partnering to stream all episodes of the Ragnarok The Animation, Witchblade, and Burst Angel anime on their respective YouTube channels. The episodes will be available for free starting on Thursday until November 30.

Gonzo will stream three episodes every three days at 10:00 a.m. JST. The first three episodes of each anime will be available for a little under two months, and other episodes will be available for 28 days. The company is streaming Ragnarok The Animation first with episodes premiering from September 2-26. Episodes of Witchblade will premiere on the channel from October 1-25. Episodes of Burst Angel will debut from October 26-November 20. Funimation did not specify the episodes’ streaming schedule. As of press time, the company is streaming the first three episodes of Ragnarok The Animation, which matches what Gonzo is currently streaming.

According to Funimation, this marks the first time that Ragnarok The Animation will be available in HD.