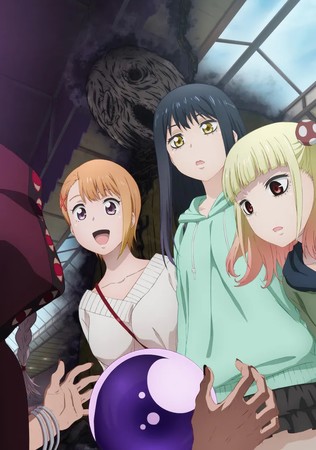 Funimation announced on Tuesday that it will begin streaming the television anime of Tomoki Izumi‘s Mieruko-chan horror comedy manga for the fall 2021 anime season.

The anime will premiere on October 3 and will air on AT-X, Tokyo MX, KBS Kyoto, Sun TV, and BS-NTV.

Yen Press publishes the manga in English, and it describes the story:

One day, Miko suddenly started seeing grotesque beings that others couldn’t. Her response was not to run, not to face them, but to do everything she can to completely ignore them! Can she keep a straight face and continue her day-to-day life while surrounded by horrifying monsters?

Sora Amamiya will also perform opening theme song “Mienai Kara ne!?” (Since You Can’t See Them, Right!?) and the ending theme song “Mita na? Mita yo ne?? Miteru yo ne???” (You Saw It? You Saw It, Right?? You’re Seeing It Right Now, Right???) as her character.