Production has been green-lit for a sequel to the live-action comedy film of Mineo Maya‘s Tonde Saitama (Fly Me to Saitama) manga for next year, under the tentative title of Tonde Saitama II. The main leads Gackt and Fumi Nikaidō are reuniting for the sequel, and Hideki Takeuchi (live-action Nodame Cantabile, Thermae Romae) and Tomokazu Tokunaga (live-action Densha Otoko) are once again directing and writing the sequel, respectively. 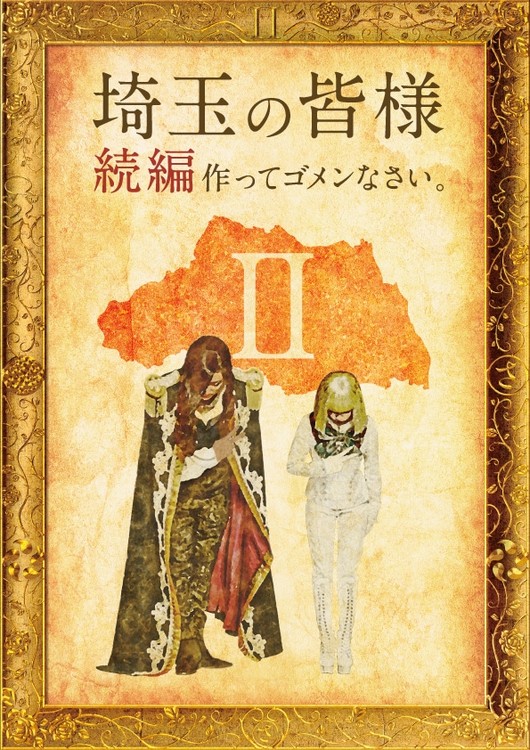 The tagline on the visual reads, “To all citizens of Saitama, our profound apologies for making a sequel.” Maya cheekily commented on the sequel, “I’ll say it again — are you all out of your minds?” 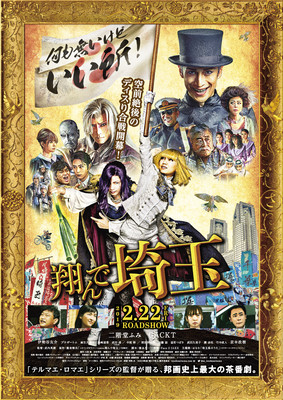 In the first film’s story, those who live in Saitama Prefecture are ruthlessly persecuted by those who live in Tokyo, so the citizens of Saitama Prefecture hide this fact from others. High school student Momomi Dannoura (Nikaidō) is the son of the governor of Tokyo, and he is also the student council president at Hokuhodo Academy, the top high school in Tokyo. One day, he meets Rei Asami (Gackt), a mysterious transfer student who has returned from America. Rei and Momomi are captivated by each other, but Momomi knows Rei is from Saitama Prefecture. The manga tells the story of two people split by a prefectural border, a Saitama “Romeo and Juliet.” The couple try to elope and start a revolution to liberate Saitama Prefecture.

The Japanese Canadian Cultural Centre (JCCC) offered Fly Me to Saitama as a digital rental in Canada in August 2020. The JCCC made the film available as part of its “Best of the Toronto Japanese Film Festival” season the month.