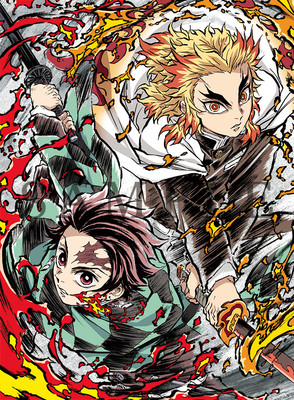 The Japan Video Software Association (JVA) released last week the Blu-ray Disc and DVD sales and shipment statistics in Japan for the first half of 2021. The home video sales of Japanese animation for general audiences (as opposed to children only) during this period were 23.499 billion yen (about US$214 million), a significant increase of 57.5% over the previous year. This number is largely attributed to the record sales of the Demon Slayer – Kimetsu no Yaiba – The Movie: Mugen Train anime film.

Sales to rental stores of Japanese animation for general audiences were 1.253 billion yen (about US$11 million), a decrease of 52.2% from the previous year. Sales of overseas animation (for both general audiences and children only) accounted for 750 million yen (about US$6.8 million), which is 1/35 of Japanese animation’s total sales. Animation Business Journal attributed the year-over-year decrease in overseas animation sales to the lack of an overseas hit like last year’s Frozen 2.