The Collector’s Edition will include the both new and classic subtitled and dubbed versions for both the TV series and the films. It will also include a 40-page book, eight art cards and bonus on-disc features including the “video format version” of The End of Evangelion; Japanese Voice Auditions; Genesis 0:0 In the Beginning; an Image Board Collection; animatics for episodes 9, 15, and 18 to 26; Genesis 0:0′ The Light from the Darkness; a deleted live-action scene and a “final scene alternate take” for The End of Evangelion; and music videos. 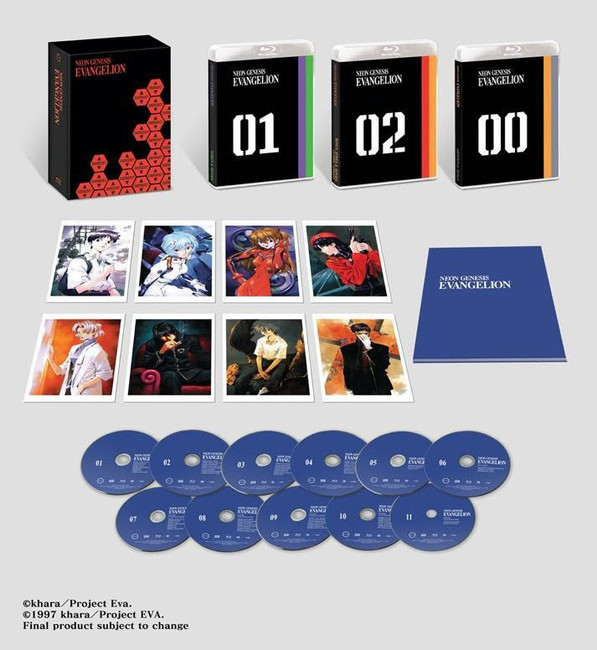 This release will not include the song “Fly Me to the Moon.”

The company announced earlier this month an Ultimate Edition, which launches on December 8. The set includes exclusive artwork, art boards, a Sachiel resin paperweight, NERV ID card with lanyard, a 156-page book, and the new and classic subtitled and dubbed versions of the series and films. 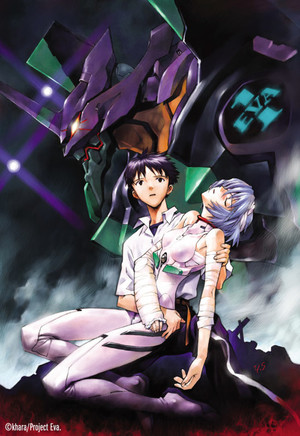 This is the first time that the television series has been available on Blu-ray in North America.

Netflix began streaming the television series in June 2019, and it describes the anime:

A.D. 2015. Tokyo 3 is under attack by powerful creatures known as the Angels. The protagonist, Shinji Ikari, is chosen to pilot the Humanoid Decisive Weapon Evangelion — the only way for humanity to fight against the Angels. The battle for the fate of humanity starts now. What exactly are the Angels? What fate awaits the young pilots and humanity itself?

Evangelion: Death (True)2 is the updated 1998 edition of the 1997 compilation of the television series with some updated footage. The End of Evangelion film provided a new ending to the story in 1997.

The original anime and films are some of the most influential and critically acclaimed works in the history of the medium, but had long remained out of print and unavailable in North America. ADV Films‘ last release of the anime was the “Platinum Edition” DVDs in 2004 and 2005. The company shut down in 2009. 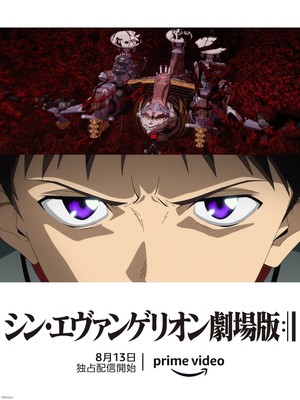 The franchise has inspired numerous spinoffs, merchandise, and collaborations. Hideaki Anno, the director of the anime, founded Studio Khara in 2006. He and the studio began producing a new tetralogy of films titled Rebuild of Evangelion, which reinterprets the events in the series. The tetralogy began with Evangelion: 1.0 You Are [Not] Alone in 2007, followed by Evangelion: 2.0 You Can [Not] Advance and Evangelion: 3.0 You Can (Not) Redo in 2009 and 2012, respectively. Evangelion: 3.0+1.0: Thrice Upon A Time, the final Evangelion film, opened in Japan on March 8 and ranked #1 in its first weekend.

Evangelion: 3.0+1.01: Thrice Upon A Time (Shin Evangelion Gekijō-ban :||), the new version of the “final” Evangelion film opened in Japan on June 12. Amazon Prime Video streamed the film worldwide including Japan on August 13.