Publisher XSEED Games announced on Saturday that the DLC character Vira for the Granblue Fantasy: Versus fighting game will launch in December. The company will release more information about the character and her fighting style later this year. 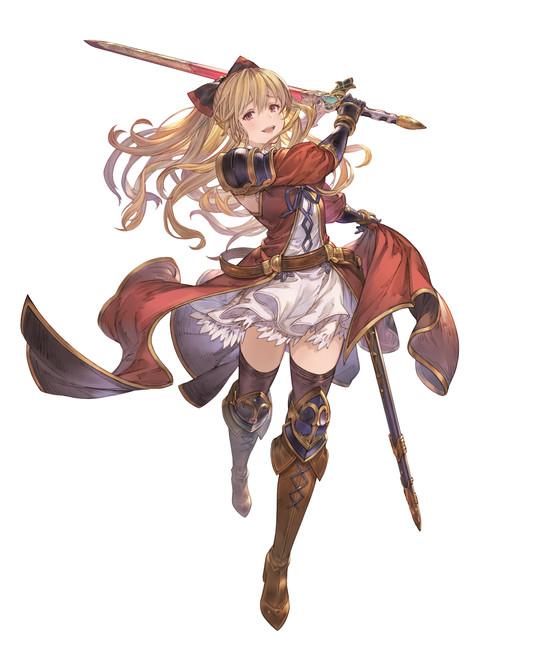 Raised in the fortress city of Albion Citadel, Vira grew up alongside Katalina, whom she loved as a sister and worshiped as an idol. Following in Katalina’s footsteps, Vira quickly rose through the ranks as a prodigious blademaster and an astute tactician. Adoration, however, warped into deadly obsession when Katalina purposely lost to Vira in a duel for the title of Lord Commander, and the younger woman was left stranded in Albion while the person she adored most sailed into the endless blue sky.

XSEED Games earlier announced that the game has sold more than 500,000 units worldwide for PlayStation 4 and PC via Steam.

Cygames released the original Granblue Fantasy smartphone game in 2014, and the game has more than 23 million downloads. Cygames is also working on the Granblue Fantasy: Relink game, which will also have a worldwide simultaneous release. Cygames took over development of the game from Platinum Games in February 2019. The game is planned for English, French, Italian, German, and Spanish localizations. Cygames announced during the “Granblue Fes 2020” virtual event that it will also release the game for PlayStation 5 in addition to the previously announced PS4. The game will release in 2022 and have cross-play compatibility for its multiplayer mode between the two consoles.

'My Youth Romantic Comedy Is Wrong, As I Expected' Light Novels Get New 'Yui' Novel - News