Gridman, Dynazenon and the Hasegawa Nexus

What separates SSSS.Gridman and its spiritual successor SSSS.Dynazenon from the rest of Trigger‘s output? Plenty of folks have tried their hand at nailing down the genius of Gridman and Dynazenon by now, but nobody’s yet addressed to my satisfaction someone critical to the Gridman Universe project: the scriptwriter for Gridman and Dynazenon, Keiichi Hasegawa.

Hasegawa’s credits on the Anime News Network encyclopedia list a handful of writing jobs for anime like Rage of Bahamut Genesis and the 2003 Astro Boy series. But he’s one of the most experienced writers in the world of live-action tokusatsu, up there with luminaries like Toshiki Inoue and Yasuko Kobayashi. Kamen Rider fans might know him for his contributions to fan-favorites like Kamen Rider W and Fourze. But his true legacy is in the Ultraman series, where he served as an influential scriptwriter and franchise architect through the 90s and 2000s.

Hiroyuki Imaishi disciple Akira Amemiya himself said in an interview that he was shocked when Tsubaraya offered him a chance to speak to Hasegawa: he thought somebody of Hasegawa’s stature would be out of his reach! 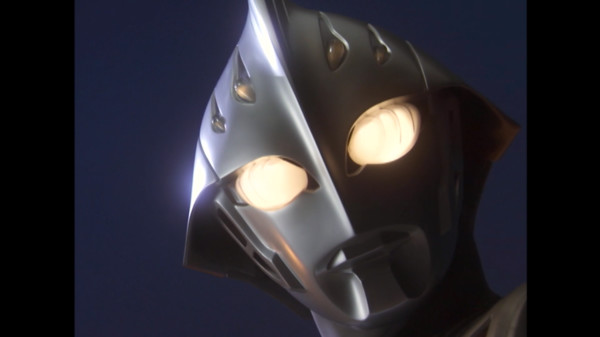 Hasegawa’s greatest success and failure is his work on 2004’s Ultraman Nexus, arguably the most experimental entry in Tsuburaya’s history. But before we discuss how Nexus challenges the conventions of Ultraman, we should describe what Ultraman even is. To wit: Ultraman is a long-running superhero television series about a small person who transforms into a big hero to fight monsters. This hero, known as Ultraman, is assisted in each season by a paramilitary force. All other details change season to season, although later seasons began to invest heavily in continuity and legacy once Tsuburaya began to market aggressively to older fans so they could pay their bills. Like many such tokusatsu shows, Ultraman is episodic and formulaic. There will be a new monster in every episode, and Ultraman will fight them. But a strong creative streak has been running through the Ultraman franchise from the beginning: it can be seen in the ever more spectacular creatures and miniatures produced for each season, as well as the contributions of directors like Akio Jissōji, whose surreal contributions to the franchise inspired a young Hideaki Anno. The best episodes of Ultraman match or even exceed the best of English-language SF serials such as Star Trek or Dr. Who in their creativity and ambition.

Even considering Ultraman‘s tendency to take big risks episode-by-episode, Ultraman Nexus pushes the boundaries. First, the series is pitched at an older audience. This goes beyond simply being “dark” and “grim”; Nexus allows its characters to experience fear and self-doubt. It gives the viewer reason to mistrust its paramilitary force, when earlier Ultraman series had simply taken them for granted as a force for good. It’s still a straightforward tale of good versus evil at the end of the day, but Nexus is far more willing than most of its predecessors to leave its audience in a state of suspense and discomfort at the end of an episode. 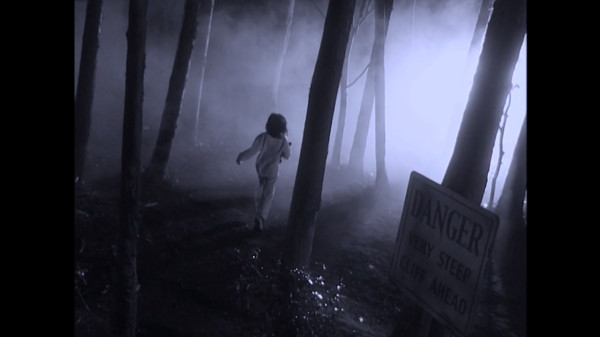 Second, Nexus pivots from an episodic structure to an arc-based one. The kaiju fights are now a sideshow to the main event, which is the characters and their struggles. Will Komon, the protagonist of the series, ever live up to his heroic ideals? Will his partner in arms Nagi start reaching out again to others after losing her fellow soldier Shinya Mizorogi? Will photographer Jun Himeya find a life for himself outside of the crushing guilt that stalks his footsteps? Nexus is comfortable playing these threads out over consecutive episodes in a way that even similarly ambitious Ultraman series like the Chiaki Konaka-written Ultraman Gaia wouldn’t dare.

Third, and most importantly: the main character of Ultraman Nexus isn’t Ultraman himself! While Komon is the lead, for much of the series our Ultraman is the photographer Jun Himeya. Komon trusts Ultraman inherently, and comes to trust Himeya as well once he learns his secret. But it takes several episodes before he’s able to convince the rest of his crew that the giant silver man is on their side, and even when Himeya is accepted, he remains an outsider rather than a trusted ally. Yet the greatest trick Ultraman Nexus pulls is that at the end of the day, Ultraman isn’t just Jun Himeya. At a crucial point in the series, Himeya passes the torch, and we realize that the Ultraman power can be transmitted from one person to another. 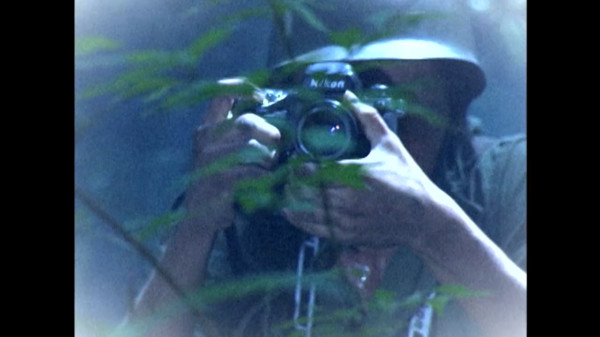 Ultraman Nexus isn’t just a superhero story; it’s also a story about the weight of that responsibility. Doing the right thing in the world of Nexus is supremely difficult. Jun Himeya throws himself into battle to atone for the lives he captured but was never able to save as a humble photojournalist. Komon is often too scared to be the obedient soldier his bosses want him to be, but too impulsive to succeed in the deadly situations that are constantly thrown his way. Nagi cannot help but fall back into old patterns at the first opportunity. Evil is on the move in the world of Ultraman Nexus, and the forces of good are so much more vulnerable.

But Ultraman Nexus never questions the inherent goodness of Ultraman. Komon, Jun and Nagi are tested so that they might push past barriers and meet the standard of that higher ideal they aspire to. Komon in particular believes in Ultraman because of a childhood memory, a mysterious outreached hand that once saved him from drowning. That past example inspires him to go to bat for others, to become a real hero rather than a superhero. Just like the Ultraman power in the world of Nexus can be transmitted from person to person, any sufficiently motivated person in a tough situation might be inspired by example to be the best person they can be. 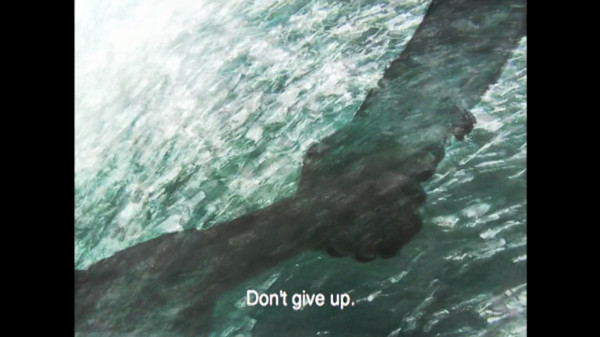 Ultraman Nexus failed. The show lost its evening slot to Gundam Seed Destiny before it aired. Children didn’t know what to make of it when it finally aired in its morning slot. Reviews were poor, ratings were low, and toy sales dropped. So Ultraman Nexus was cut short, airing thirty-seven of its projected fifty-plus episodes. It stands today as an oddity in the history of tokusatsu: excellent for what it is, but haunted by the ghost of what might have been had its audience not abandoned it. The Ultraman of Hasegawa’s era went out on a high note with Ultraman Mebius, a far more traditional entry that nevertheless is held to be one of the best in the show’s long history. But the Nexus branch of Ultraman remained a one-off experiment with no chance of a follow-up…until 2013, when SSSS.Gridman aired on Japanese television.

In episode 9 of SSSS.Gridman, Akane traps Yuta and his friends inside of a dream world. There she makes a sales pitch to each of them to stop fighting, and stay content within her realm forever. But Yuta, Rikka, and Sho break out of their own will and race through the city, embracing their responsibility as heroes. As he runs towards the figure of Gridman towering in the distance, Yuta shouts that “there’s something only we can do!” In that one sentence runs the spirit of Nexus. Heroism in Gridman is not just about destroying kaiju. It’s about helping people in the way that you do best, whether that be figuring out the villain’s weakness, giving an umbrella to a child out in the rain, or giving somebody else the inspiration to move forward. Anyone can be a hero. Even somebody like Akane is capable of heroism. All it takes is to decide for yourself to stand up for somebody else. 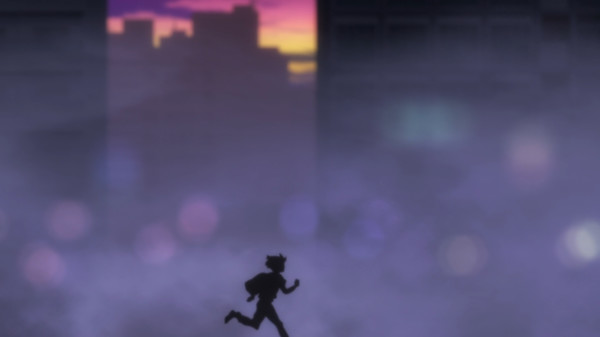 I think the key to Trigger‘s two collaborations with Tsuburaya is their laser focus on making the parade of transformations and special attacks relevant to the story’s characters. If SSSS.Gridman is about superheroes, it’s only to get at how they might inspire one person to move forward with their life. If SSSS.Dynazenon is about robots, it’s only to show how they might help a group of oddballs form an unbreakable bond.

SSSS.Gridman and SSSS.Dynazenon bet that the viewer will be invested not just in exciting battles and twists, but in the drama of characters grappling with their own weaknesses in a difficult world. Gridman‘s universe is bound by the rules of code, Dynazenon by mortality. Overcoming those rules seems impossible, but that is what the heroes of the Gridman Universe do, because only they can do it. These shows are an acquired taste; splashy robot fights combined with low-key teen drama isn’t for everybody! Studio Trigger‘s work often proclaims its love of trash from the rooftops, but the Gridman Universe to this point is fixated on what trash means to people. It gives me relief to see the seeds of a failed experiment planted seventeen years ago bearing fruit today. The buried corpse of Nexus is flowering at last, and so far you couldn’t ask for a better gardener than Akira Amemiya.

For folks looking to learn more about Ultraman history, I highly recommend Ultra Blog DX, a fan-run account of the show’s production! Of particular use to this piece were these two articles:

Adam W is a bookseller by day, features writer at Crunchyroll by night. When he isn’t howling the theme song from Ultraman Nexus, he sporadically contributes with a loose coalition of friends to a blog called Isn’t it Electrifying? You can find him on Twitter at: @wendeego.