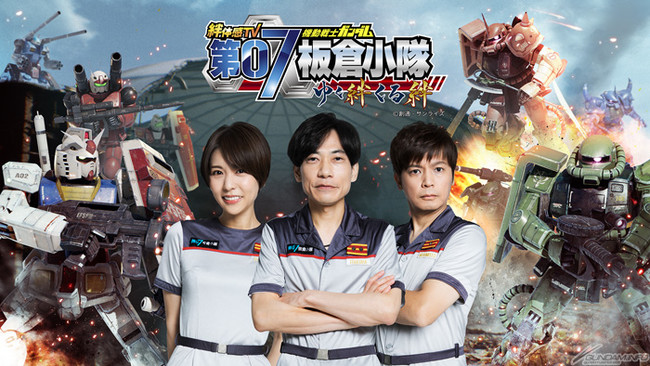 The show’s title includes the phrase Yuku Kizuna Kuru Kizuna (Bonds that Go and Bonds that Come) to emphasize how the show will be a bridge between the first Gundam: Senjō no Kizuna game, which is shutting down service, and the new Mobile Suit Gundam: Senjō no Kizuna II arcade game . The show will feature Toshiyuki Itakura (The Prince of Tennis: Two Samurais, The First Game) of the comedy duo Impulse, Hideki Morimoto of Nibunnogo!, and voice actress Aki Toyosaki as players. There will also be players from outside Japan.

In the program, a team of television personalities compete with other teams from all around Japan on the Kidō Senshi Gundam: Senjō no Kizuna (Mobile Suit Gundam: Bonds of the Battlefield) game. There was a special program for the show in 2017. The previous full season, the sixth season, aired in 2014. The fifth season aired in 2013 with Itakura and Toyosaki as returning players. 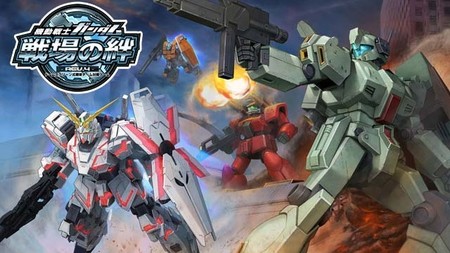 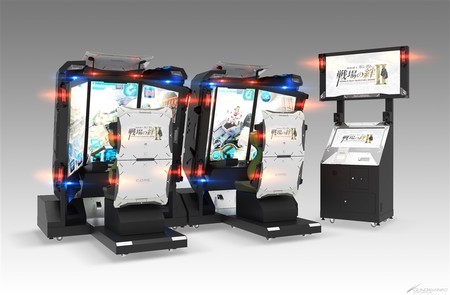 Whereas the original Mobile Suit Gundam: Senjō no Kizuna game featured an enclosed pod with a hemispheric projection screen, the new entry’s open cockpit features three 43-inch HD displays for a more faithful recreation of the cockpits in the first Mobile Suit Gundam anime’s One Year War. The new game still retains the dual hand levers and pedals, and it supports voice chat via a socket for a headset (provided by the player). The game offers 4 vs. 4 or 6 vs. 6 team matches.

The new battle system features new actions, depending on the mobile suit’s type. Close-combat units can cancel an attack in a boost or jump with “Boost Cancel.” Short-range units can equip a shield that can ward off a set amount of damage from enemy attacks. If the timing is right, gun units can unleash continuous fire with “Just Shot.” The bombardment units can adjust their angle of elevation and angle of attack.