Inti Creates announced on Wednesday Gunvolt Chronicles: Luminous Avenger iX 2, the sequel to the Gunvolt Chronicles: Luminous Avenger iX (Shiroki Kōtetsu no X: The Out of Gunvolt) game game in its Azure Striker Gunvolt series of games. The game will launch digitally worldwide for Nintendo Switch, PlayStation 4, PlayStation 5, Xbox One, Xbox Series X|S, and PC via Steam on January 27, 2022. The game will also get a physical release in Japan for Switch and PS4, and Inti Creates is planning a physical version for the West as well. The company streamed an announcement trailer: 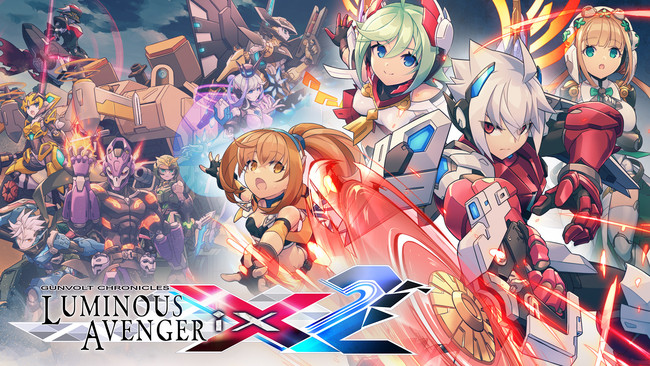 Inti Creates also announced during the BitSummit event on Wednesday that its Azure Striker Gunvolt 3 game will launch in summer 2022.

Copen and Lola are back in this direct sequel to Luminous Avenger iX released in 2019, and Copen’s high-speed action is more intense than ever! What new fates await them in a parallel world where only robots exist…?

The original Gunvolt Chronicles: Luminous Avenger iX game launched for Switch, PS4, and PC via Steam in September 2019. The Xbox One version was slated to launch on the same day, but it was delayed to December 2019 due to a game crashing bug.

Gunvolt Chronicles: Luminous Avenger iX takes place in the universe of the “Azure Striker Gunvolt” (2014) and “Azure Striker Gunvolt 2” (2016) titles.
Since its inception, the Gunvolt series has become known among fans for its high-speed, stylish 2D action. This game will see series rival/anti-hero Copen take the lead and push the series’ speed and intensity to the next level, all the while keeping the game accessible to new fans. 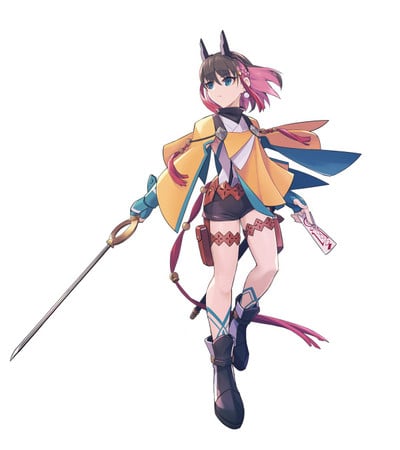 The original Azure Striker Gunvolt game debuted in North America in August 2014 for the Nintendo 3DS.

The two games have since launched for the Nintendo Switch console in August 2017, and then for the PlayStation 4 console last April. Azure Striker Gunvolt 2 launched for PC via Steam in June 2020.

Inti Creates announced an anime adaptation of Azure Striker Gunvolt during a panel at Anime Expo in July 2016. The anime launched on the Nintendo eShop in February 2017.

Episode 11 - Higurashi: When They Cry – SOTSU