The website also revealed the game’s story. In the story, mysterious life forms called “Cancer” are attacking Earth, and the planet is on the verge of a true crisis. Humans tried to fight back with their weapons, but those weapons were ineffective, and the Cancer kept gaining ground, and countries disappeared in the horrors of the war. Now, the Cancer control the majority of land on the planet. With humanity on the brink of extinction, they develop a new weapon called Seraph. Only those who wield the Seraph can defeat the Cancer. Soon, a Seraph Corps is established, and the women in the squads carry the weight of humanity’s hope on their shoulders. Ruka Kayamori is one such person, a member of the 31A Squad. She puts everything she has into fighting against the Cancer. 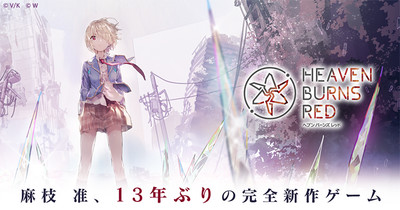 The game was previously slated to launch in 2020 for iOS and Android devices, but was delayed to mid-2021. The video above lists the game’s release window now as simply “within 2021.” The game is Maeda’s first completely new game in 13 years.