Although he has no interest in continuing the story past Thrice Upon a Time, certain aspects of the Rebuild world are still unexplored 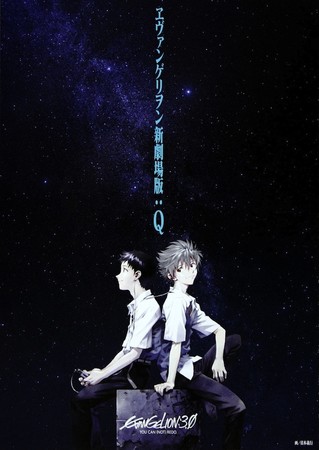 With the recent Evangelion: 3.0+1.0: Thrice Upon A Time film, director Hideaki Anno has finally brought closure to the story of Evangelion. Although he says he has no interest in continuing the story from there, there are nevertheless aspects of Eva‘s world which he might want to explore in the future.

Note: This article contains spoilers for the Evangelion: 3.0 You Can (Not) Redo film

Collider reported last week that when asked in a group interview whether he has any desire to revisit Evangelion in the future, Anno said: “There’s always the 14-year gap in the story, so in some form, I want to shed light into that.”

The 14-year gap refers to the time skip depicted at the beginning of the Evangelion: 3.0 You Can (Not) Redo film.

Evangelion: 3.0+1.01: Thrice Upon A Time (Shin Evangelion Gekijō-ban :||), the new version of the “final” Evangelion film, will stream worldwide on Amazon Prime Video on Friday. The film originally opened in Japan on March 8.

Amazon Prime Video is streaming or will stream the first three Rebuild of Evangelion films in over 240 countries and territories, including Japan.