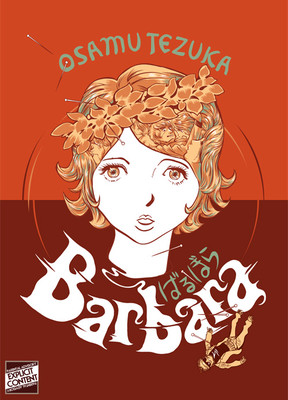 This year’s 17th issue of Shogakukan‘s Big Comic magazine revealed on Wednesday that Go Nagai, Hidenori Hara, and Takashi Nagasaki will each launch a new manga in the magazine as part of seven total new manga that either already launched recently or will launch in the near future.

Nagai (Devilman, Getter Robo, Cutie Honey, Mazinger Z) will relaunch the Barbara manga, based on Osamu Tezuka‘s work of the same name, in the magazine’s 21st issue on October 25.

Nagai and his Dynamic Production company drew a new chapter for Tezuka’s Barbara manga on May 10. The new publication will be two chapters long and will serve as the “finale” of Nagai’s version of the manga.

Tezuka’s original manga ran in Shogakukan‘s Big Comic magazine from 1973 to 1974. Digital Manga’s English release of the manga was nominated for an Eisner Award in 2013.

Nagai debuted as a manga artist in 1967 with Meakashi Polikichi and went on to create many classic and genre-defining works, including Cutie Honey, Devilman, Mazinger Z, Getter Robo, and Harenchi Gakuen. In recent years, he has continued to pen new spinoffs, such as his ongoing Devilman Saga manga. He has also serialized the autobiographical Gekiman! manga about the creation of his various notable titles.

Hara (Hoshi no Furumachi – Sekai de Ichiban Yasashii Saisei Love Story, G – Gokudo Girl, Train Man: Densha Otoko) will launch the Dump the Heel manga in the magazine’s 20th issue on October 8. The story follows Dump Matsumoto, a real life female wrestler who played the heel, or villain, in her matches. Matsumoto and Tokyo Sports‘ Masato Hiratsuka are both cooperating on the original drafts of the manga.

Hara received an award in the 33rd Shogakukan Manga Awards for his Just Meet and Fuyu Monogatari manga. He drew one of the manga adaptations of the Train Man: Densha Otoko story that Viz Media published in North America from 2006 to 2007. Hara’s Hoshi no Furumachi (When You Wish Upon a Star) manga inspired a live-action film in 2011. He launched the Shō mo Nai Bokura no Renai-ron (Our Hopeless Love Theory) manga in January 2019.

Nagasaki (Pluto, editor and supervisor of Monster) and Kōsuke Muku will launch the Aida no Shо̄nen (The Boy in the Middle) manga in the magazine’s 21st issue on October 25. The horror story centers on Hikaru, a boy who experiences an unexpected event with his friends while exploring the forest.

Nagasaki was the editor and supervisor of Naoki Urasawa‘s Monster manga, as well as the producer of his Pluto manga. He is credited with the story of Urasawa’s Billy Bat and Master Keaton Remaster manga, and wrote the script for the live-action film adaptation of Urasawa’s 20th Century Boys manga.

Motoro Mase will launch a new series for his Ikigami: The Ultimate Limit manga titled Ikigami: Sairin (Ikigami: The Return) in the magazine’s next issue on September 10.

Masahito Kagawa and Shо̄ Wakasa will launch the Shinratsu Naru Gourmet manga in the magazine’s 22nd issue on November 10.

Kunihiko Yokomizo and Takurō Yamaji will launch the temporarily titled Tozanka Yamanoi Monogatari (title romanization not confirmed) manga in the magazine’s first issue of 2022 on December 25.