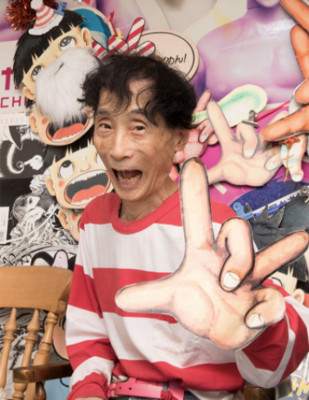 Prolific horror manga creator Kazuo Umezu announced on Saturday that he will launch his first new work in 26 years. The new work will debut in January 2022.

Umezu stated he has been working on the project for four years. He added, “It is an incredible work, and once you get your first glance at it you won’t be able to escape!!”

Viz Media previously released Umezu’s The Drifting Classroom manga in 2006 to 2008, and released the manga digitally in 2013. Viz Media‘s new deluxe hardcover release of the manga, titled The Drifting Classroom: The Perfect Edition, released in 2019-2020. His other manga include Makoto-chan, Cat Eyed Boy, Orochi, and My Name is Shingo, among others.

Umezu originally retired from drawing manga in 1995 after finishing the 14-sai manga. He later made his directorial debut in an autobiographical film titled Mother, which opened in Japan in September 2014.