“Piracy is a service problem,” said Gabe Newell 10 years ago, describing the success of Steam in combating video game piracy. Today, digital publishers and distributors are adapting to the conveniences of piracy by providing a wide range of media at cheap prices. This shift in consumer and business dynamics has made the overall effects of digital piracy difficult to measure.

However, in a media landscape where individual creative works are devalued in favor of a convenient service, smaller distributors and niche creators are struggling tangibly.

A group of Korean BL webtoon artists has been campaigning against piracy sites in recent months. Their work is available officially in English, Korean, and Spanish on the Lezhin Comics service, but piracy accounts for a large number of their overall views. According to them, these sites have had an obvious impact on their bottom line. 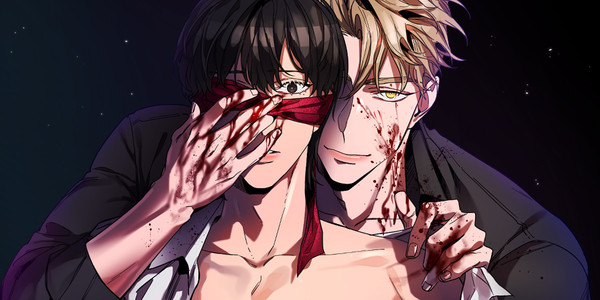 Story writer YD, who is currently publishing Blind Play, said that among the 25 webtoons they have published in total, only one of them has not been republished on illegal sites. That work, they say, is the reason why they can make a living now – its profit is 20 times higher than their other works.

View numbers on piracy websites can outweigh exposure on the official platform, sometimes significantly. According to Pian Pian creator Haesin, the number of views on one piracy site alone was more than 10 times higher than that of Lezhin Comics, the official platform. They say that up to 70% of their total income could be lost to piracy.

A common argument in favor of piracy is that unofficial distribution gives artists free exposure. However, the artists themselves don’t see it that way. According to a survey conducted in association with the Webtoon Creator Union Facebook group, all 60 BL webtoon artists who participated think that illegal distribution does not help promote their work. 92% said that illegal translations have made it more difficult for them to be willing to work on their comics, while 45% of artists said they have considered leaving the BL industry permanently due to the issue. 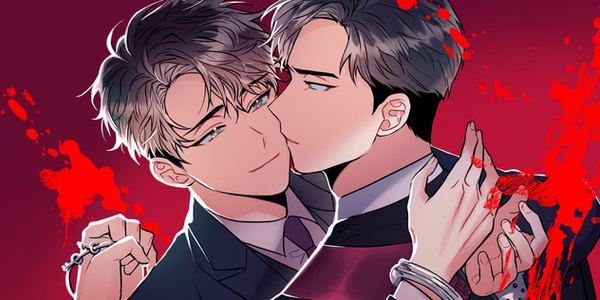 Mad Place artist Junah has first-hand experience in seeing their work take off overseas due to fan translations into multiple languages. “There was no change in the revenue,” they reported. “My followers were increasing, and more international fans were talking to me, but the profits were decreasing. I felt helpless and angry as I witnessed my webtoon spread from place to place without my permission. People were grateful for the uploaders’ effort, not me who drew the work. I feel like I became a tool for the honor of the uploader.”

Drawing attention to piracy can make a difference to the artists’ bottom line. Painter of the Night creator ByeonDuck reported that sales of the English version of their manga “increased significantly” on the 24th, 25th, and 26th July when they mentioned the piracy problem on Twitter.

For these artists, who work long hours without security, dealing with piracy and issuing takedowns is added work and stress. A number of them say that they cannot afford to take breaks, and if they do, it can only be for one day per week.

Last year, Haesin threatened legal action against piracy site Mangago and succeeded in getting Pian Pian removed from it. However, this does not bring peace of mind. “The process [of removal] was not smooth,” they said. “And there’s still a lot of piracy happening here and there. I’m anxious and at a loss whether I can continue to live as a writer in the future.” (ANN reached out to the site’s webmaster for comment, but did not receive a response by press time.) 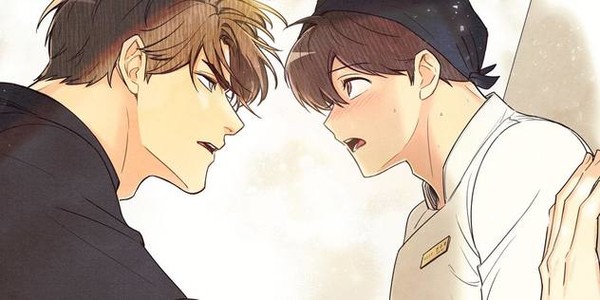 “I was really happy when my work got taken off,” said Love For Sale creator Dal Hyeonji. “But the joy didn’t last long. I didn’t have the power to take my work off from it. It’s ridiculous. How can I not have a right to my work? It was possible because other fans helped me.” Many writers, they said, are still asking the site to delete their work, only to have their requests ignored. “I realized I was just lucky. But I’m not sure if I can be lucky again.”

Another, less-acknowledged issue with illegal websites is the lack of regulations around age-gated content. “My webtoon is aimed at adults. The most worrisome thing about my serialization is that many illegal sites expose adult webtoons to minors without any certification procedures,” said Haesin. “That fact constantly makes writers intimidated and makes them censor themselves.” 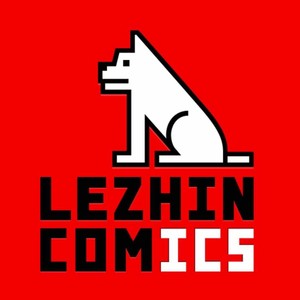 Lezhin is committed to protecting the legal rights of its webtoon creators through legal action. “We are committed to dealing with illegal piracy sites that have been reported to us by our writers and users, and thus we are cooperating with government related agencies to prevent the spread of illegally distributed webtoons. We are also working with local law firms to respond to global illegal webtoon sites,” a spokesperson for the company told ANN.

Although Lezhin declined to disclose specific numbers and figures related to the company’s
internal data and metrics, it noted that illegal pirate sites have staggeringly high traffic when compared to any global webtoon platform.

“When one of the biggest piracy sites in North America shut down for two weeks, we saw an increase in our own numbers.”

Because piracy sites can distribute any IP and monopolize the revenue, Lezhin does not consider them as “competitors.” Nevertheless, the publisher cannot deny that their presence has had an impact on the business model, saying that it is committed to improving the UI/UX design, as well as expanding the range of IPs on offer.

Currently, Lezhin uses a coin system that operates as its main form of revenue. Free coins are given out to members for viewing ads and during giveaway events, while additional coins can be purchased to read individual chapters or series. Although the manga industry has been seeing a push towards all-you-can-read subscription services, Lezhin said that adopting that system for its own business is a complicated matter.

“Any consideration of a subscription model would require a deep examination. Specifically, whether this business model could support the required revenue and benefits for the stakeholders involved. That would include our content providers, creators, and our customers. The issue is much more complicated than it seems since it requires the agreement of all
stakeholders involved.”

Not all consumers are happy with Lezhin‘s current business model. Customer reviews of the app are rife with various complaints – one reviewer complained of paying US$50 to read a single series. Others have accused the Free Coin Zone activities of being “scams” that don’t deliver on their promises. Lezhin denies that the Free Coin Zone is a scam, although it does admit that, based on customer feedback, there have been cases where the applications do not launch or operate as intended.

Other concerns have been raised about how the publisher treats the artists, as some artists in past years have reported issues with receiving their payments. However, Lezhin insists that its policy has since changed to eliminate the problems. Artists are not penalized if they miss their deadlines or if their work underperforms – they will always receive a monthly Minimum Guarantee (MG) for as long as their title remains on the platform. If the revenue share generated by the comic’s monthly views exceeds the MG, then they’ll also get paid the difference on top.

“Webtoons Are Not Essential Goods” 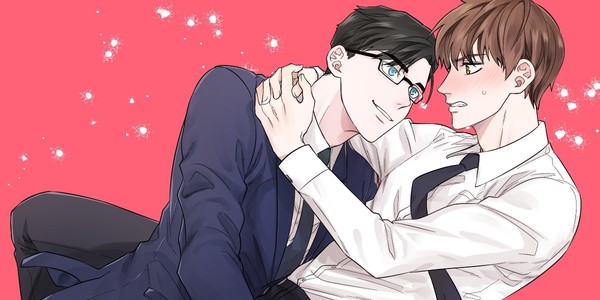 A Man of Virtue by GGang-e

Is piracy the scapegoat for an expensive service, or is it the problem of the wider devaluation of media? When asked how people without much money can appreciate webtoons, the artists gave a blunt response: Webtoons are not essential goods.

“Webtoons are a luxury, not a public good,” says Polar Night creator GGang-e. “People don’t steal computers or cell phones when they don’t have money. First, they save money to buy it. The same goes for webtoons. If you think someone’s hard work is not worth the money to buy, you don’t deserve to read it. If you want to be respected as a reader, you must first respect the other person as an artist. That’s the correct order.”

“Users of illegal websites say that they cannot support writers because they are poor. They gain sympathy and justify their crimes by putting poverty at the forefront because they don’t want to admit that they are criminals. Then where should a poor writer appeal? The important thing here is that the victim is a writer,” says Haesin. “If my comics are not worth reading and are expensive, don’t buy them. It is a very simple matter. My webtoons are not free. If you want to support a writer, at least don’t do anything related to piracy.”

Dal Hyeonji would also prefer penniless readers not to buy the comics at all rather than resort to piracy. “If you read webtoons illegally because it’s easy to access illegal sites, it just proves that you look down on the value of webcomics.”

A former uploader to a piracy website, who wishes to remain anonymous due to being a minor, agrees with the artists, saying that they quit uploading after they found out from an artist how much it upset them. Despite their own lack of disposable income, they endorse the legal options that are available.

“I also don’t have any money, but I’ve found ways to purchase a chapter on legal sites without spending an amount. If we can find any illegal sites where to read for free by searching, I’m sure that we can also find ways on how to support the authors. Let’s watch ads, wait, take surveys, and use it to purchase/read a chapter. It’s the best feeling when you know that you put effort into a thing and ended up achieving it.”