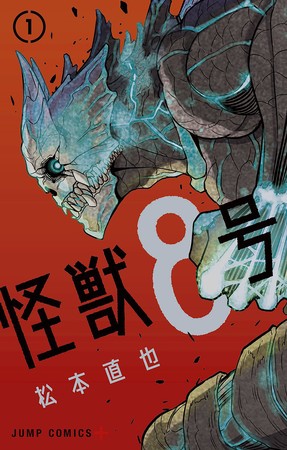 Matsumoto launched the manga in July 2020 on Shueisha‘s Shonen Jump+ website. The first print volume shipped on December 4, and the volume has since had two more printings due to demand. Viz Media licensed the manga in English. The company releases chapters digitally, and it will release the first volume in English this fall.

Shueisha publishes the manga on its MANGA Plus service under the title Monster #8, and it describes the story:

A man working a job far removed from his childhood dreams gets wrapped up in an unexpected situation…! Becoming a monster, he aims once again to fulfill his lifelong dream…!

The series was nominated for the 14th Manga Taisho Awards in January. 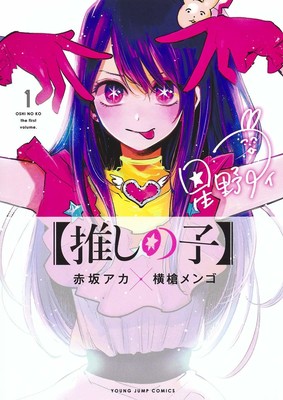 In the print manga category, Scum’s Wish and Kaguya-sama: Love is War creators Mengo Yokoyari and Aka Akasaka‘s Oshi no Ko series took the top spot.

The manga’s story begins with Gorō, a doctor who coincidentally handles the childbirth of his favorite idol Ai Hoshino, who took a hiatus from the entertainment industry to give birth to her twin babies. However, just before Ai gives birth, Gorō dies from an accident, but is reborn as one of Ai’s children, Aquamarine Hoshino, with his memories fully intact.

Akasaka and Yokoyari launched the Oshi no Ko (My Stan’s Kid) manga in Shueisha‘s Weekly Young Jump magazine in April 2020. The series was also nominated for the 14th Manga Taisho Awards in January.

Next Manga Awards also honored series in its U-NEXT PRIZE, Global Prize, and UGC Prize categories. Yūto Suzuki‘s Sakamoto Days about a retired hitman won the U-NEXT award and Kōji Miura’s Blue Box (Ao no Hako) won the Global Prize category for print manga series. As a Reincarnated Aristocrat, I’ll Use My Appraisal Skill to Rise in the World by Natsumi Inoue, Miraijin A, and jimmy and Happy marriage of witch Lin (Mahōtsukai Linn no Shiawase na Kekkon) by Takeshi Tani won the U-NEXT PRIZE and UGC Prize for web manga, respectively.

There were a total of 50 titles nominated in both the print and web manga categories. The top 20 in each category are listed below.

Yoshifumi Tozuka‘s Undead Unluck and Mitsudomoe manga creator Norio Sakurai‘s The Dangers in My Heart (Boku no Kokoro no Yabai Yatsu) won the print and web manga categories last year. In 2019, the winners were Kusuriya no Hitorigoto (The Pharmacist’s Monologue) in the print category and SPY x FAMILY in the web manga category. In 2018, the winners were Raise wa Tanin ga Ii by Asuka Konishi and My Senpai Is Annoying by Shiro Manta manga took the top spots.

Is the League of Villains ACTUALLY Evil? - The ANN Aftershow