Warner Bros. Japan announced on Friday that it is producing a live-action film adaptation of Katsutoshi Murase and Welzard‘s Karada Sagashi (Body Search) horror manga that will open next year. Kanna Hashimoto (seen left below) plays protagonist Asuka Morisaki (right), and director Eiichirō Hasumi (Resident Evil: Infinite Darkness, live-action Assassination Classroom) is reuniting with Hashimoto for the first time in six years. Filming will begin in September entirely on location at the city of Kitakyūshū in Fukuoka prefecture. 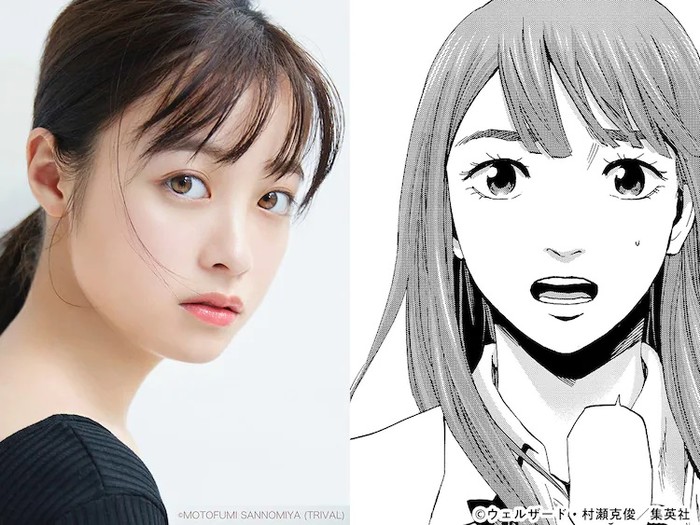 Welzard‘s original cellphone novel on the Everystar site inspired Murase’s manga adaptation. The story centers on Asuka, a high school student who sees the apparition of a dead student named Haruka, asking Asuka to find her body. As the story progresses, Asuka and her friends attempt to find the eight scattered pieces of Haruka’s corpse in the school, and learn more about the Red Person that is hunting them as they do so. The Red Person hunts students who are alone at school to kill them, and until they exit the school gates, the Red Person will keep appearing before them. When the Red Person kills a student, it scatters the student’s body into eight pieces, and tasks another person to find the pieces in the school. If Asuka fails to find Haruka’s body, the day will keep repeating and she and her friends will keep dying until they do.

Murase drew the manga from September 2014 to December 2017 on Shueisha‘s Shonen Jump+ website, where it was the first series to garner over 100 million views. Shueisha published the manga’s 17th and final volume in February 2018, and the volumes collectively have over three million copies in circulation. Murase launched the Karada Sagashi Kai sequel manga in January 2018, and ended it in January 2019. Shueisha published the fifth and final volume in March 2019.