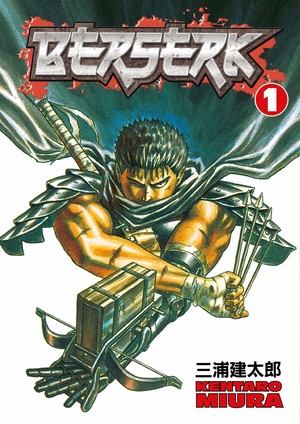 This year’s combined 16th and 17th issue of Hakusensha‘s Young Animal magazine announced on Thursday that the magazine’s 18th issue will publish a new chapter of Kentarou Miura‘s Berserk manga on September 10. Chapter 364 will feature a full-color opening page. The issue labels the chapter as the “latest” chapter of the manga.

The magazine will be a “memorial” issue to Miura, and will also have a special “Messages to Kentarou Miura” booklet and a poster of “famous scenes” from the manga.

Miura passed away on May 6 due to acute aortic dissection. He was 54. Since the announcement of Miura’s passing, creators in Japan and throughout the world have offered their condolences.

The Berserk manga follows Guts, a superhumanly strong warrior who wields a large sword, as he wanders a dark medieval world filled with demons, corrupt and decadent nobles, and other horrors. Every night, he is assailed by demons, attracted to the curse branded on him after a traumatic event. He makes his way through the world on a quest to slay a former friend turned demon, who took everything away from him.

The first eight Deluxe Edition volumes of Kentarou Miura‘s Berserk manga from Dark Horse Comics ranked in the list of top 100 overall best-selling books on Amazon.com in May, following the author’s passing. Dark Horse Comics began reprinting the manga in the deluxe hardcover editions in February 2019. Each volume features three normal compiled volumes of the manga.

My Love Mix-Up! Manga by My Love Story!!'s Aruko Gets Live-Action Series in October - News