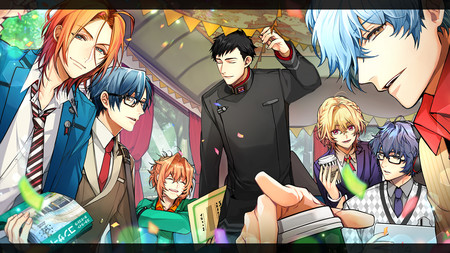 The game launched for iOS and Android in February.

The game centers on a violinist who is in the General Education section of Seisō Academy, when she meets Ginga Ichinose, who is aiming to win the “International Student Orchestra Competition.”

The La Corda d’Oro Octave game for the Nintendo Switch, PlayStation Vita, and PC (via Steam) launched in February 2019.

A new La Corda d’Oro manga series launched in Hakusensha‘s LaLa DX magazine in June. The new series portrays four different parallel “endings” to the original La Corda d’Oro story with Kahoko ending up with each of the four male leads of the story: Tsuchiura, Shimizu, Yunoki, and Hihara.