“…the amount of thought and worry and effort and number of days I’ve logged thinking about Spike is now equaling the fear I have about the reaction.” 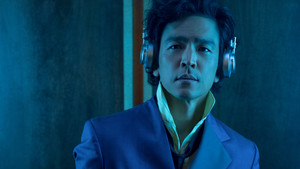 Netflix‘s live-action Cowboy Bebop is set to drop on November 19 and star John Cho has some big space cowboy boots to fill. The 49-year-old Star Trek and Searching actor sat down with Vulture’s E. Alex Jung to discuss his role as Spike Spiegel and revealed one of his biggest concerns is the inevitable comparisons with Shinichiro Watanabe‘s original anime.

“This interview is all about me freaking out. But the amount of thought and worry and effort and number of days I’ve logged thinking about Spike is now equaling the fear I have about the reaction,” Cho said.

Cho incurred an injury while filming the series in New Zealand and revealed in the interview that he tore his ACL. His physical therapy and recovery gave the actor ample time to think about the audience’s potential reception to his role, including his difference in age to the original character.

“The biggest fear that I had was I was too old. I knew people were gonna have issues with my age. And I had to get over it…I was gonna look different than a 25-year-old guy. At some point, the opportunity is “Yes or no — do you wanna do it?” And I did wanna do it. So I wasn’t gonna stop myself from doing it.”

He also wanted to make sure the series wasn’t a scene-by-scene remake, either.

“I also thought that that was a recipe for encouraging unflattering comparisons. How could you do it better? You can’t. You have to do something a little different,” Cho told Vulture.

While Cho wasn’t initially familiar with the series prior to getting the offer for the role, he said that Searching director Aneesh Chaganty encouraged him to accept. After reading the Netflix series’ first episode script, Cho sought out the anime which he described as “tremendous.” He added that he made sure original composer Yoko Kanno was onboard prior to signing on to the role.

“I didn’t think the show should go forward without her involvement. [She is] too integral to the show. Our iteration minus her would suffer too much,” Cho said. 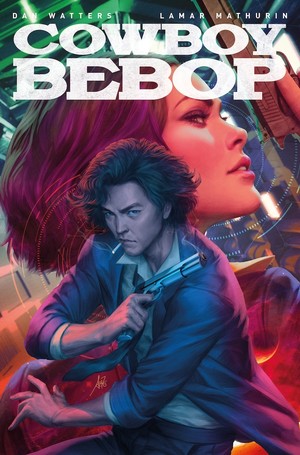 Cho isn’t just starring in the live-action series; his likeness as Spike is also appearing in an upcoming comic series. Cowboy Bebop: The Comic Series will debut in December with multiple variant covers followed by a collected paperback release in May 2022. Dan Watters (Lucifer, Home Sick Pilots) and artist Lamar Mathurin are helming the adaptation at Titan Comics.

The live-action series’ staff writer Sean Cummings is also penning a prequel novel titled Cowboy Bebop: A Syndicate Story: Red Planet Requiem set for publication on November 23. The story will follow young Spike and Vicious’ exploits although it remains to be seen how closely the story will match the characters’ original backstory.

Toga, Dabi, Re-Destro and Shigaraki: The Villains of My Hero Academia Season 5