The staff for the live-action series of Otomate‘s Hakuōki otome game franchise revealed a visual and seven more cast members on Friday. 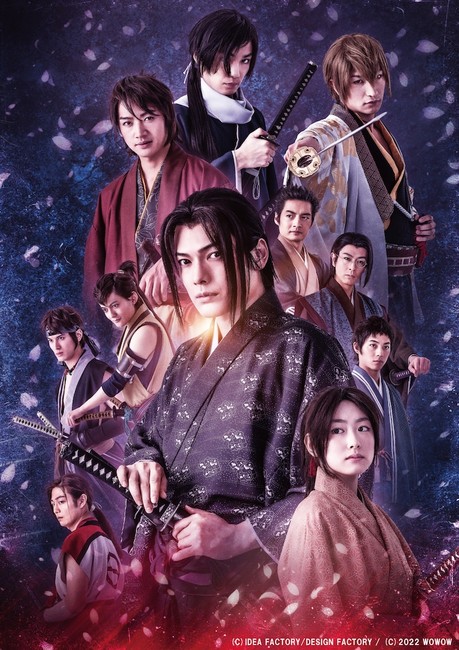 The show will premiere in January 2022 on WOWOW, with a planned 10-episode run. The first episode will be free to watch.

The story of the game franchise and its various adaptations centers around the historical Shinsengumi samurai group in Kyoto during the 19th century. A girl named Chizuru Yukimura arrives in Kyoto from Edo to search for her missing father. She finds herself embroiled in the conflict between the frightening Rasetsu and the Shinsengumi (led by Hijikata and others), thanks to a fateful connection with her missing father.