The official Twitter account for the live-action film of Mr. Osomatsu (Osomatsu-san) unveiled the film’s March 25 opening date on Friday. It also revealed the first teaser visual for the film, showing the Snow Man idol group members as the cast. 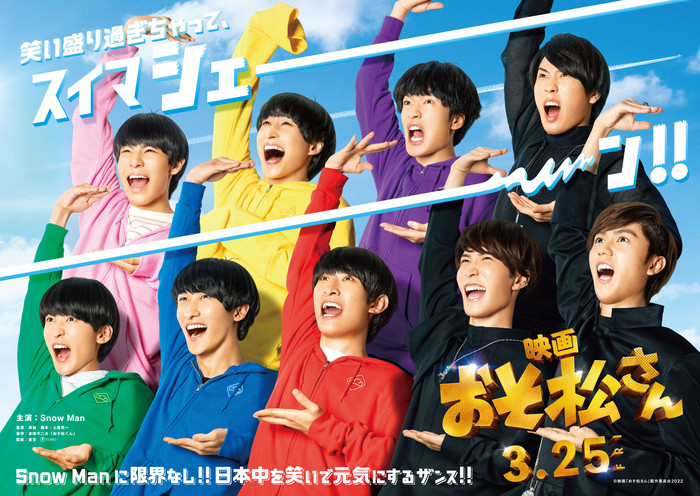 Tsutomu Hanabusa (Kakegurui, Tokyo Revengers live-action films) is directing the film. Ryōichi Tsuchiya wrote the screenplay, and Daiki Sugawara is a producer. Cinebazar and Hachinoji are producing the film for TOHO to distribute.

The cast members for the six sextuplets and the film’s original characters are: 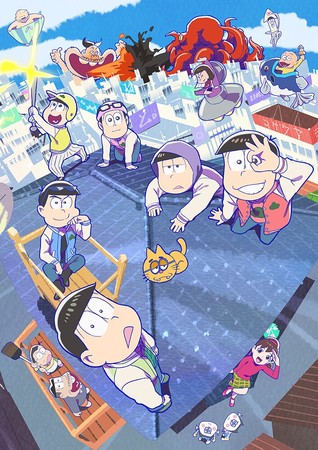 The Mr. Osomatsu television anime is inspired by Fujio Akatsuka‘s original Osomatsu-kun manga and “high tension comedy” TV anime, which centers on the Matsuno household with six naughty and mischievous sons (who are sextuplets). All of the sextuplets, including the eldest Osomatsu, are all in love with the same girl, Totoko. The original Osomatsu-kun series followed the family when the sons were 10 years old. Mr. Osomatsu re-imagines the original manga and TV anime with the sextuplets as adults.

The third season premiered last October. Crunchyroll streamed the season as it aired in Japan. The anime’s second cours (quarter of the year) premiered on January 4.

Viz Media acquired the digital streaming, electronic sell-through, home video, and merchandise rights for the Mr. Osomatsu anime, including the second season. Viz Media is releasing the anime with an English dub.