The official website for the live-action film of Tetsuya Tsutsui‘s noise manga began streaming a teaser trailer for the film on Wednesday. The video reveals that the film will open in Japan on January 28, 2022.

The site also revealed a poster. 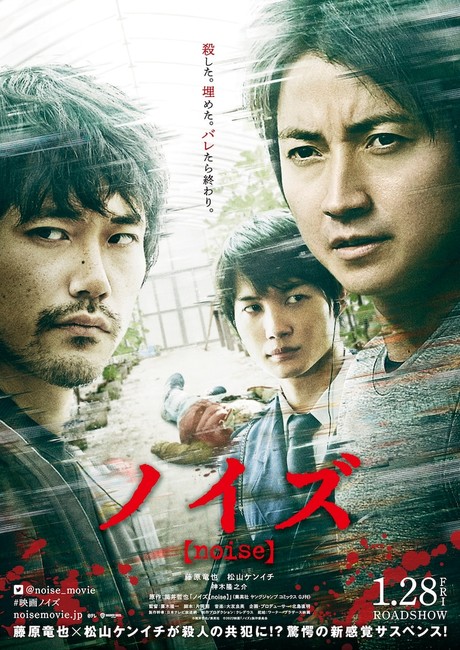 The film will star Keita Fujiwara as Keita Izumi and Ken’ichi Matsuyama as Jun Tanabe. The two actors previous co-starred in the live-action Death Note films. Ryunosuke Kamiki will play Shinichirō Moriya, a rookie police officer in the film’s remote island setting. His accidental killing of ex-convict Mutsuo Omisaka begins the story. Daichi Watanabe also has a role in the film.

Ryūichi Hiroki is directing the film, and Shō Kataoka is penning the script. Yoshihide Ōtomo is composing the music. 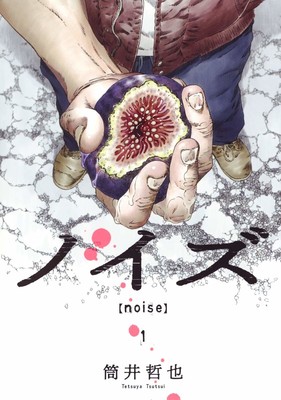 The suspense manga is set in a rural hunting town that has been suffering from a steadily shrinking population due to aging and migration over the course of many years. But when the town begins producing a product known as the “black fig,” it begins bringing money and opportunity back to the town. The story begins when Keita Izumi, a caretaker of a black fig plantation, meets a man with an air that is ill-fitting for the town.

Tsutsui launched the noise manga in Grand Jump in December 2017, and ended in January 2020. Shueisha published the manga’s third and final compiled book volume in March 2020.

Tsutsui launched the Prophecy (Yokokuhan) manga in Shueisha‘s Jump X magazine in 2011, and ended it in August 2013. Shueisha published three compiled book volumes for the manga. Vertical published all three volumes. Fumio Obata launched a spinoff manga titled Yokokuhan: The Copycat in Jump X in April 2014, and ended it in 2015. The manga also received three volumes. Prophecy inspired a live-action film that opened in Japan in June 2015.