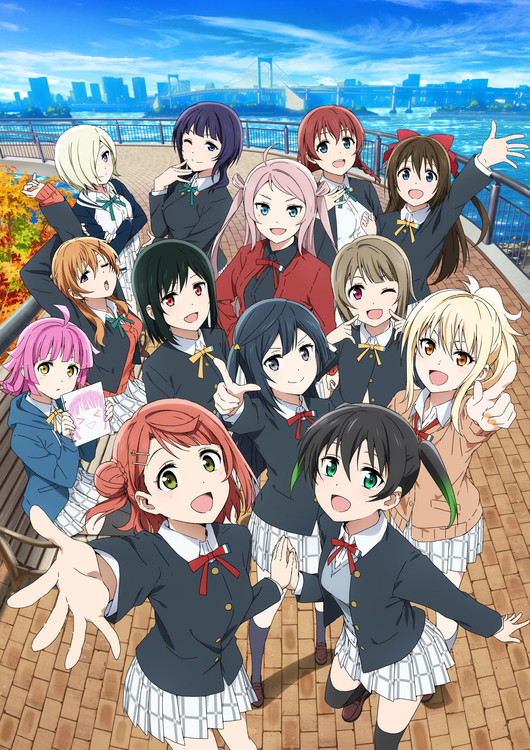 Officially joining the cast for the second season are the new members’ voice actresses: 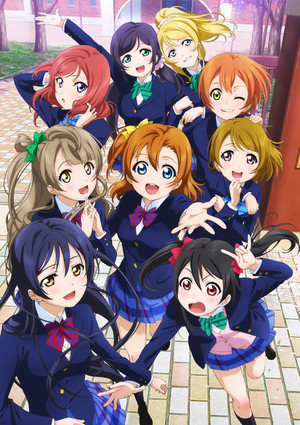 In 2010, the anime studio Sunrise, Lantis, and ASCII Media Works‘ Dengeki G Magazine launched Love Live! as a self-described “ultimate user-participation project” that lets its fans vote on the future of the fictional idols in the μ’s school idol group. A series of music CDs and animated music videos then followed. The first Love Live! School idol project anime series (pictured right) premiered in January 2013, and the second series premiered in April 2014. The Love Live! The School Idol Movie film opened in Japan in June 2015.