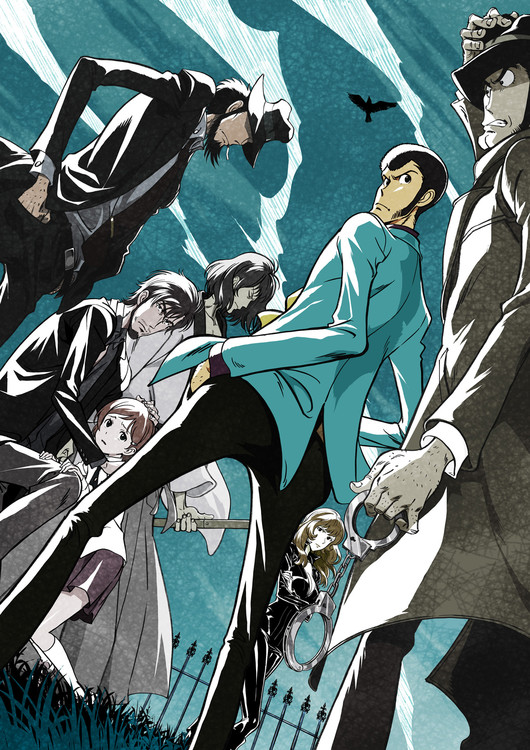 The new series will center around two keywords, with “mystery” being the keyword of the “first cours” (quarter of a year). The thief Lupin is after a treasure hidden by The Raven, a mysterious organization that manipulates the British government in the shadows. However, the detective Sherlock Holmes appears before Lupin.

Oshii was once involved in the development of a Lupin the 3rd film project that never saw the light of day, and Tsuji and Higuchi have penned Lupin the 3rd novels. Series script supervisor Takahiro Ōkura said that when he was asked to incorporate mystery into Lupin the 3rd, the name Sherlock Holmes came to mind. Okura added that Holmes is the only one who can go head-to-head with the Lupin family, who have confounded police in countries all over the world. Oshii said that he never dreamed that he would get another chance at Lupin, and that he is grateful that the production team will use his script.

The series will premiere on the NTV channel in Japan on October 9 at 24:55 (effectively, October 10 at 12:55 a.m.), and it will also run on NTV‘s affiliates as well as on Hulu and other streaming services in Japan. Sentai Filmworks licensed the new series for home video and streaming in North America, Australia, New Zealand, Scandinavian countries, and all Nordic Countries.

The new anime’s original soundtrack, featuring the latest new arrangement of the theme song by franchise veteran Yuji Ohno, will go on sale on November 3.

Maurice Leblanc‘s original French stories about the thief Arsène Lupin served as a loose inspiration for Monkey Punch‘s more boisterous Lupin the 3rd character, and some of the stories famously pitted the original Lupin against Sherlock Holmes (renamed “Herlock Sholmes” after objections by Holmes creator Arthur Conan Doyle). Toei Animation pitted the original Lupin against Holmes in the 1982 television special, Lupin vs. Holmes.

Sentai Filmworks describes the story of the new anime:

Eiji Suganama (Lupin III: Prison of the Past) is directing the series at TMS Entertainment. Takahiro Ōkura (Lupin the Third: Part 5) is in charge of the series scripts. Hirotaka Marufuji (Lupin III: Goodbye Partner) is designing the characters. Yuji Ohno (Lupin III) is composing the music. The late Monkey Punch is credited for the original work. 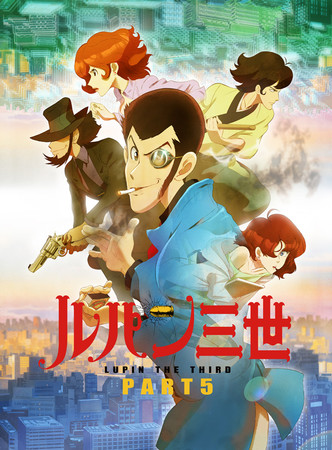