The official website for the Macross series posted an English-language news update on Thursday announcing that the “SANKYO presents ‘MacrossΔ’ Tactical Sound Unit Walküre — 1st LIVE in Zepp — Walküre Attack!” live concert from 2016 will get a “complete” version to be livestreamed on the Live Viewing Japan platform in 18 countries/territories on August 28. 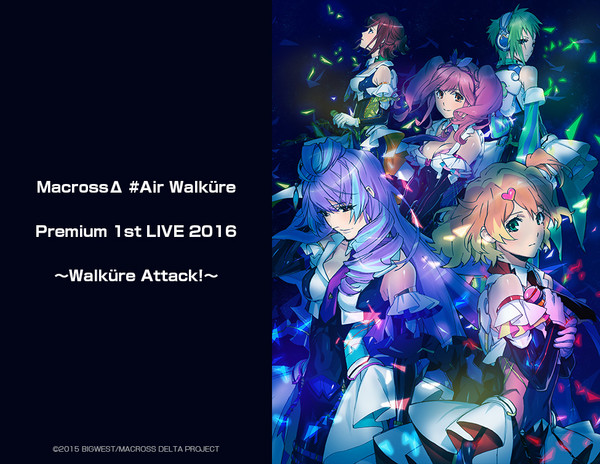 The concert is performed by voice actors of the Macross Delta anime’s in-story idol unit Walküre. It was originally the finale for Walküre’s first live tour in Zepp DiverCity Tokyo on September 10, 2016, but the livestream will be a new version that has never been included in any previous product release.

Live Viewing Japan posted a teaser video for the complete version on Thursday:

The stream will open on August 28 on 7:30 pm JST, and be available for archive viewing until the end of the next day. Tickets can be purchased through eplus.

The stream is organized by Big West, which is handling the worldwide release of all works that are part of the Macross franchise made after 1987. This includes the upcoming Gekijōban Macross Delta: Zettai LIVE!!!!!! (Macross Delta the Movie: Absolute Live!!!!!!) film and future works. Big West is also in charge of the releases of games, toys, live concert performances, and other content and merchandising.