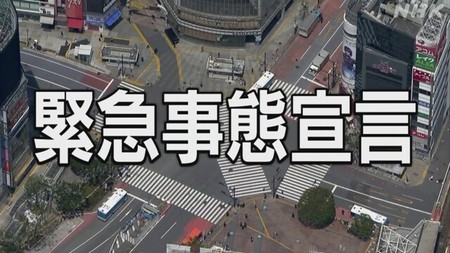 The Mainichi newspaper reported on Monday that according to multiple government sources, the Japanese government will announce on Tuesday it will extend state of emergency declared in six prefectures in Japan (Tokyo, Kanagawa, Saitama, Chiba, Osaka, and Okinawa) from August 31 to September 12.

In addition, The Mainichi stated the government plans to add Kyoto, Hyogo, Fukuoka, Tochigi, Ibaraki, Gunma, and Shizuoka prefectures to the state of emergency. Those prefectures along with six others were already under a more focused anti-virus measures in a quasi-state of emergency until August 31.

The Mainichi additionally reported on Monday that the organizers of the Tokyo Paralympics 2020 games have decided to ban all domestic spectators at all venues.

The Tokyo Olympics were originally scheduled for July 24 to August 9, 2020, followed by the Paralympics from August 25 to September 6. They were delayed due to the COVID-19 pandemic, and rescheduled to July 23 to August 8, 2021 and August 24 to September 5, 2021, respectively.

The event staff announced in March that overseas spectators were banned from the games. Most of the events for the Olympic games did not have domestic spectators either, due to the pandemic.

Tokyo reported 4,295 new COVID-19 cases on Sunday and 2,962 new cases on Monday, the latter of which is a new record for a Monday (Monday totals are usually lower due to lower testing amounts over the weekend). Tokyo has recorded 282,094 total infections to date.